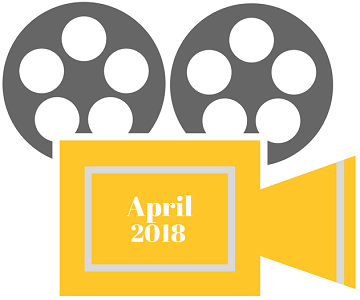 Based on the book, Simon vs. the Homo Sapiens Agenda by Becky Albertalli

Simon Vs the Homo Sapiens Agenda

Everyone deserves a great love story. But for seventeen-year old Simon Spier it’s a little more complicated: he’s yet to tell his family or friends he’s gay and he doesn’t actually know the identity of the anonymous classmate he’s fallen for online.

Resolving both issues proves hilarious, terrifying and life-changing. LOVE, SIMON is a funny and heartfelt coming-of-age story about the thrilling ride of finding yourself and falling in love.

Based on the book of the same name by Brian Selznick

‘Wonderstruck’ follows the parallel adventures of Ben and Rose, two children from different eras who secretly wish their lives were different, and go on journeys to try and change them.

Ben is desperate to learn who his father was, and Rose dreams of a mysterious actress whose life she chronicles in a scrapbook. They’re both missing something important, and so they each set off on a life-changing quest in search of it.

‘The Guernsey Literary And Potato Peel Society’ follows the adventures of Juliet, a journalist who decides to write about the book club held on the island while under German occupation.

Fascinated by the stories of their lives during the Second World War, she strikes up what will ultimately become a life-changing bond with the island’s eccentric inhabitants, and may even find love while she’s at it.

Based on the comic book characters created by Stan Lee

An unprecedented cinematic journey ten years in the making and spanning the entire Marvel Cinematic Universe, Marvel Studios’ ‘Avengers: Infinity War’ brings to the screen the ultimate, deadliest showdown of all time. The Avengers and their Super Hero allies must be willing to sacrifice all in an attempt to defeat the powerful Thanos before his blitz of devastation and ruin puts an end to the universe.