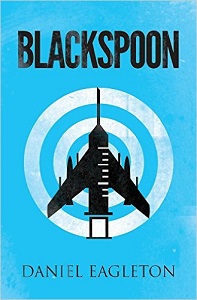 If you were at the centre of a real-life conspiracy, would you even know it?

Charlie has just smuggled five kilos of uncut heroin back from the war in Afghanistan. This much he knows for sure. He also knows that, after he made it through customs, another solider was caught doing the same as him. And that the military policemen who provided safe passage; one of them has been found dead in an apparent suicide, while the other one has gone AWOL.

Is it really possible there’s some kind of cover-up going on? Because even if there is –even if Charlie knew that for sure- who’d believe him? After all, he’s a criminal now. Veteran of a war no one quite understands. Praying, hoping. Waiting for whatever’s coming next.

This was a totally effortless read. Although it was competing with other activities, I read it in a few days because I took every opportunity to pick it up.

The lead character Charlie is very much an anti-hero who has committed a serious criminal act, but he gets some sympathy because he has been groomed by a senior colleague at a time when he was disillusioned with love and work.

At times I struggled to follow his logic as his many of his actions only made things worse, but who knows what we would do if we were in his desperate situation.

As the story develops he gets into a number of scrapes involving a variety of interesting characters who, true to life, have their own flaws and burdens. Whilst I do not recall laughing out loud, there was plenty of humour alongside the serious issues.

I particularly enjoyed one aspect of Daniel Eagleton’s writing style, when he would sum up and emphasise by using some short staccato lines such as:

Overall?
Charlie was surprised at how glad he was to be back.
Good honest work.
Why had he been so down on it before?

I have no hesitation in awarding this book five stars. Hopefully Eagleton will not get upset by me saying that it will never become a classic, but for a low investment of time and money I would recommend it to anyone who likes a simple action packed read. 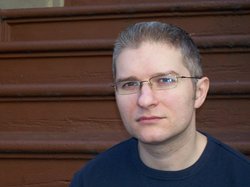