Books That Brought Me to Write by Belinda Missen – Guest Post

Books That Brought Me to Write by Belinda Missen – Guest Post

Today on the blog we welcome author Belinda Missen, with her guest post ‘Words, Words, Words – Books That Brought Me to Write‘, as part of the blog tour for her new book ‘Recipe for Disaster’, which was released on 7th August 2018. 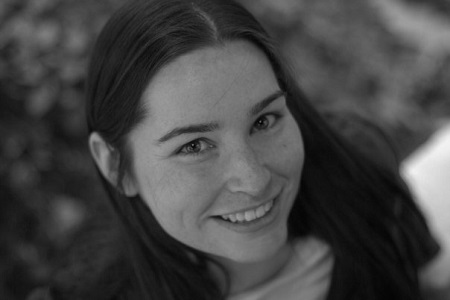 Belinda Missen is an award-winning and best-selling author, screenwriter, and freelance writer from Geelong, Australia.

A reader from an early age, Belinda began writing her own stories shortly after her love affair with Steven Spielberg’s film Jurassic Park began. What began as fan-fiction soon took deeper root, and she was scribbling out strange little stories in empty notebooks she found laying around the house.

With qualifications in transport and office administration, and a combined career of fifteen years in these industries, Belinda decided to uproot everything in 2013 and return to her first love of writing. She now writes full-time, between cups of coffee, binge watching television, and feeding her cats and husband.

In April 2016, she was awarded the JOLT Courthouse Youth Arts Award in the Inspire 26+ Category for her piece Obsession.

In February 2017, her book Love And Other Midnight Theories clawed its way to the top of the Amazon charts in its category of Performing Arts, beating JK Rowling’s Fantastic Beasts and Where to Find Them. True story – she has the screenshots to prove it.

When not dabbling in the written word, Belinda can be found mentoring other writers, beta-reading, reviewing, helping others to ready books for publication, and sleeping.

“A reader lives a thousand lives before he dies,” said Jojen. “The man who never reads lives only one.”

That these words from George R. R. Martin (2011, p. 676), are so often repeated is testament to the idea that they resonate with readers across genres, ages, and interests. Unsurprisingly, these words resonate with me, too, both as a reader and a writer of romance novels. When it comes to writing, however, it’s not enough to simply read the only genre I write. My reading life has been varied, and I’m a better artist for it.

Without blowing my own trumpet too loudly, I was an early and advanced reader. Sent to higher classes in search of suitable books, I was introduced to new worlds and characters, feeding an already vivid imagination. At that age, it was simply a magical ride to be on but, as an adult, I realise the importance of early reading as a marker for creativity, plot-hole problem solving, and vocabulary building (Holdaway, 1979). It also helped to cement a love of reading that not only continues today but seems to become headier as the years progress.

As with fingerprints, I’ve often considered that no two bookshelves that are the same. Most of mine reside in my home office and have a certain Instagram-ability about them. Ready for a #sundayshelfie, they’re adorned with twinkle lights, Funko pops, and an over-priced Doctor Strange action figure that protects my comic collection from the Hoary Hosts of Hoggoth. But the real magic lies behind the façade and between the well-thumbed pages of my library.  From Michael Crichton to Edward St Aubyn, I have something for everyone, and there’s a lesson in all of them.

Like many writers, I began my journey writing fan-fiction.  Jurassic Park is one of the first books I recall binge-reading. I was swept up in the constant action and conflict between dinosaur and human, an important study in pacing and what Michael Crichton describes as playing fast and loose with facts (Crichton, 2008). We can also term it: suspending belief – keeping the story real enough to be believable. Eleven-year-old me thought she was going to write the most amazing sequel this side of 65 million years. I didn’t, I never could have, but it was the start of something important. Twenty-five years later, my tattered copy of Jurassic Park still holds pride of place in my bookshelf. It serves as a sentimental reminder of where my journey began.

While I continued to write throughout high school, my reading habits could be described as lazy. If it wasn’t a book that had been set for school, chances are I was reading a Dolly magazine, or easy to digest high school romance. That I would read teen romance was not a surprise, as my writing had very quickly slipped from the pseudo-science-fiction of my fan-fiction to softer, more romantic storylines. If I could draw one positive from my reading habits in high school, it was that there was variety.

Any writer will tell you that reading often and widely, and from as many genres as possible is the key to mastering the craft (King, 2000, p. 170). So, while it may be easy for me to dismiss high school readings as nothing more than laziness, there was an important mix of Shakespeare, Ken Kesey, and Judy Blume – all of whom would have left an indelible imprint on me. I can’t tell you if part of that impact was in writing style, but I do know that it helped turn the tide of my reading tastes.  Expectedly, Shakespeare fostered a love of further stage and screen work. My bookshelves are now adorned with Peter Morgan and Tom Stoppard, both of whom are some of the best studies in screenwriting I can think of.

Stoppard is someone whose work I look to for advice, his work often layering love with social issues many writers seem to stray from (British Council | Literature, 2002). His screenplay of Ford Maddox Ford’s Parade’s End remains one of the best adaptations I can recall in terms of staying true to the story while making it digestible in small television sized chunks. When I picture my future in screenwriting, I can only hope that it’s half as successful as Stoppard’s.

Where Shakespeare led to Stoppard, Kesey led to literary fiction. This wasn’t the case in the years immediately after high school, but something that has become more prominent in the last five years. Titles such as The Child in Time, Parade’s End, Grief is the Thing with Feathers, and Edward St Aubyn’s Patrick Melrose Tetralogy have been demonstrably effective for expanding my vocabulary. St Aubyn’s prose is exquisitely dark, while being able to handle multiple characters simultaneously with the attention each deserves, something I consider a master class in head-hopping. In the immediacy of reading each of these books, I’ve noticed differences in my writing, both in cadence and language. While I can get this and more from the romance novels I slide back to as a matter of comfort and career, I still consider it important to look at the world through other eyes.

This career I have now, centred around the written word and romantic prose, is not something that has been built solely by reading a single genre. While I’ve learned extensively from authors like Christina Lauren, Mhairi McFarlane, and Lindsay Kelk, who have the art of romantic fiction nailed, it has been in other authors, from science-fiction to heavy British literature that I’ve been able to draw the most of my inspiration.

It’s not enough to simply read within my genre, but to learn, to grow, and to adapt my work, not only so I can write the books my audience needs, but so as I can write the books I want to see on my shelves. They’ll be the perfect mix of pace and suspended belief, the heady descriptors of St Aubyn, with the sweeping romance found among my contemporaries. It’s something I hope to build on well into old age, and well past my thousand lives. 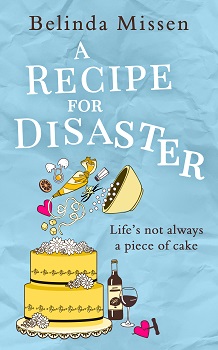 Life’s not always a piece of cake…

Lucy is quietly confident that she has made the right choices in life. Surrounded by friends and family in a small country town, Lucy can easily suppress the feeling that something is missing from her life.

But when a blast from the past arrives in the form of her estranged husband, international celebrity chef Oliver Murray, Lucy’s carefully constructed life begins to crumble beneath her like overbaked meringue.

Is Oliver’s return all business or is it motivated by something more?

A Recipe for Disaster starts long after most love stories would have ended, proving it is never too late to offer someone a second slice of cake or a second chance.

You can find out more about Belinda Missen by visiting the website/social media sites below.