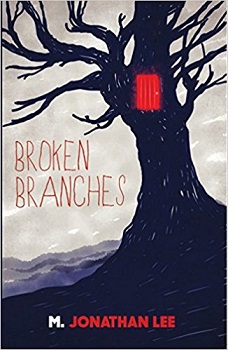 ‘Family curses don’t exist. Sure, some families seem to suffer more pain than others, but a curse? An actual curse? I don’t think so.’

A family tragedy was the catalyst for Ian Perkins to return to the isolated cottage with his wife and young son. But now they are back, it seems yet more grief might befall the family.

There is still time to act, but that means Ian must face the uncomfortable truth about his past. And in doing so, he must uncover the truth behind the supposed family curse.

Ian Perkins has returned to the home he grew up in, with his wife Rachel and son Harry. The house has always had an eerie feel to Ian, and returning all these years later resurfaces those feelings for him.

He believes that there may be a curse surrounding his family, mainly due to the many accidents and tragedies that have occurred. Surely too many to be a coincidence?

Deciding that it is time to delve a little deeper, he starts looking into his family tree, but he soon becomes obsessed, leaving real life, his family, and with his job taking a back seat.

Will Ian prove that a curse does exist, or could his obsession be clouding his judgement?

Broken Branches is a slow-paced, psychological thriller-Esq book. It is written in two timelines that are mixed throughout. One in the present day, the other we get to read about Ian, his brother and their parents’ time living at the house, when Ian was a child.

Mr. Lee has created perfect characters, surrounded by an intense, and at times chilling plot. I could feel the fear, and paranoia that Ian was going through. Sometimes this was quite disturbing.

The book is compelling, even without any real twist and turns. If you’re after a book that will have you questioning which direction the author is taking the story, whilst at the same time have you intensely turning the pages, then this is a must read.

M. Jonathan Lee is a nationally shortlisted author who was born in South Yorkshire in 1974. He still lives and works in Yorkshire, England and has three children.

Jonathan began writing seriously at the age of 9 at which point he self-published a magazine which ran for six issues and sold more than 500 copies. Since then, he has written a number of short stories and eagerly hoarded away journal after journal of ideas before finally writing The Radio.