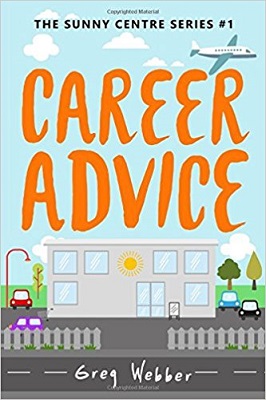 What is it like to live in the shadow of a successful, infinitely more popular sibling – and where does the git get off being younger and better looking? Meet Bill Turrock; a balding, middle-aged community centre worker who likes nothing better than playing second fiddle to his brother, a best selling self-help writer, who, amongst his many achievements, helped save The Sunny Centre from closure.

Living and working with his mothering mother Lily, Bill struggles with the locals constant fawning of his brother (‘Saint Robert’) and the day to day running of the place. Not helping matters are ditzy volunteer Deirdre and wise cracking cook Tracy.

However, as bad as things seem now, it can only get worse for poor Bill Turrock…

Career Advice is about Bill Turrock, a middle-aged, balding man, still living with his mum and working with her in the local community centre. Bill is the older brother of Robert who is a successful author of self-help books, as well as being exceptionally handsome. To top it off, Robert saved the doomed Sunny Centre from closure.

Naturally, Robert is kind of a hero in the eyes of the locals, and most of all is he the golden boy of Mum Lily. Bill lives in the shadow of his younger brother and therefore not known for his happy nature but the opposite: grumpy and sarcastic.

This is the first book in a series about The Sunny Centre and the author focuses on Bill, struggling with his life and the fact that his brother has it all and he has not. Even their mother Lily is treating them differently, always raving about Robert, her successful little boy. I could picture Bill quite easily as the grumpy, balding community centre worker, always suppressing his anger and seeming constantly on the edge of an outburst.

On the other hand, I had some difficulties finding a way into the story because it didn’t feel it was actual well-plotted as a novel, more like an episode, which in the end it is. It felt like watching a comedy sketch, which is a good thing for those who seek a short kind of entertainment.

I have to admit, that I am not used to reading this style of book , I am more into novels which go deep into the characters lives. However, the humour, although sometimes quite subtle, is always present.

Anyway, I think this book would be a nice one to take on a train ride, or on a trip to the beach, since I see it more as a summer-read: short, light-hearted and with a certain kind of humour. 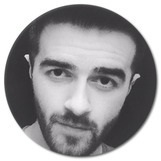 Greg Webber is the author of the comedy/farce book series The Sunny Centre.

Career Advice is the first in the series with Massage Therapy and Doctor Drop-In the second and third instalments.

Greg has a real passion for comedy writing and comedy in general, especially farce, having grown up watching British and American sitcoms virtually on a loop. As with most writers, you can generally find him glued to a computer screen, tinkering with every line until the deadline passes.

He is British and lives in the UK, Yorkshire. (Yes, they have the internet.)