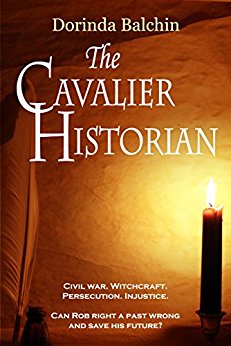 Civil war. Witchcraft. Persecution. Injustice. Can Rob right a past wrong and save his future?

Marston Manor is an old manor house in Oxfordshire which the new owner plans to turn into a ‘themed’ attraction based on the period of the English Civil War. He calls in an historian, Robert Hardwick, to help set up the project, and Robert is delighted to discover a family link with Marston Manor dating back to the time of King Charles I and the witch persecutions of the 17th century.

But right from the start disturbing events raise mistrust and fear on the estate. Who, or what, is trying to halt the plans for the Manor? Can the disruption and sabotage be linked to the traveller camp in the woods or to the more sinister appearances of a ghostly old woman? And just who is Rebekah, and why does she have such a hold over Rob?

In his haunted dreams Rob finds himself living through the turbulent years of the English Civil War, experiencing it all through the eyes of his ancestor, Simon. Dreams which begin gently enough in the days leading up to war in 1642 but which become ever more frightening, ending with the terrifying events of the witch trials of 1651.

The cover of this book with it’s glossy dark brown to cream cover, with quill and candle portrays the content of the book accurately. The olde golden look, candle light and quill tells you that it is a historic novel, and wants you to be comfortable and read the story.

Dorinda utilises unchallenged vocabulary, well used current words, old fashion speech for the past, but quickly changed to blanket modern language.
Unfortunately I feel that many sentences were poorly constructed, and sometimes awkward to read. An example of this is on page 52 – “And stay out of the way. Do not ask to join you for luncheon. Allow you and the King to be alone.”

The scenes were described beautifully, including descriptions of the places and action.

The story is Cleverly written, mixing historical facts, including names and dates. By repeating the story and dates using letters and dreams, the reader is more lightly to remember these historical facts. Scenes about the battles were well researched, though I feel the social scenes less so. The use of current language seemed to confuse the difference in social attitudes between the times. Eg. Elizabeth’s confinement. The author seemed to be inferring that Elizabeth had antenatal care… which was non existent at that time.

I felt the story was a little predictable, which meant that I didn’t receive the thrill of an unexpected twist or turn. I was constantly irritated by modern attitudes being reflected by the 17th century characters. I think this was very much because Dorinda was using current words in the past. These words are often heavy with attitudes of the day, and don’t match the historical scene.

I just felt that if you were going to go to the effort of creating an interesting story with accurate facts, why not go one step further and reflect honestly the social scene too. That would have been as interesting as the blossoming romance were for me.

I did enjoy the book, but I feel that it would suit teenagers more, with it’s light romantic scenes and it being an easy read. My girls would of definitely enjoyed the horses and the romance. 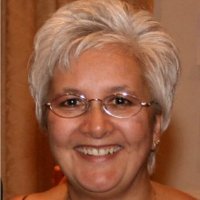 Born in England in 1957 Dorinda Balchin graduated from Warwick University in 1980 and began a career in teaching. Books and writing had always been a passion for her, but with two children to raise and a demanding career in the field of education Dorinda’s love of literature was mainly confined to reading with little time to explore and develop her writing.

Then in 2008, along with her husband, Dorinda gave up her teaching career and made a life-changing move to southern India where the couple now run a guesthouse.

This change of lifestyle has allowed Dorinda the time to develop some of the writing projects which she has worked on over the years. Her love of history is clearly reflected in her well researched novels which draw you into another time and place peopled with believable characters with all the strengths and weaknesses which we recognise in ourselves.