Why I Chose To Write About Mental Health by Natalie K. Martin

Why I Chose To Write About Mental Health by Natalie K. Martin – Guest Post

In 2014, Sheffield born Natalie K. Martin left her corporate job in London to experience the world – heading off on travels that took her as far as Cambodia, India and Thailand, and changed her outlook on life for good. Whilst in India, she self-published her debut novel, Together Apart, which became a No.1 bestseller on the Amazon charts. Her second novel, Love You Better, became a bestseller on release in October 2015.

Never one to shy away from tough subjects, Natalie’s books tackle issues that are relevant and relatable to the everyday woman, and all feature true-to-life characters – people who could easily be your mum, sister, or best friend. This is what she calls: Contemporary Fiction with Love.

Natalie’s books have been featured in The Daily Mail, Woman’s Own, Pride Magazine and Female First. She has been interviewed on radio including BBC Radio Sheffield and Manx Radio, and has also written articles for Kindred Spirit Magazine, Do What You Love and Your Wellness Magazine.

A trained Yoga Teacher with a love of surfing, Natalie’s backpack is now taking a short but well-earned rest. These days, she can be found in the historical city of Ulm in Southern Germany, where she’s settled with the charming Bavarian man who swept her off her feet in India. Natalie is represented by Jon Elek at United Agents.

Why I Chose To Write About Mental Health

Mental health awareness is big news right now. High profile deaths such as those of Robin Williams, Chester Bennington, Chris Cornell and Michael Stone mean that more and people are talking about mental health issues. That’s a good thing, right? It should make us more aware of those around us who are struggling, right?

Last autumn, without any warning, depression and anxiety became my friend. I don’t mean that I became depressed, I mean it literally became my friend. It took hold of a close friend and superimposed itself over the place where their personality used to be. It’s taken almost a year for them to find their way back to themselves again. Seeing someone who I’d known to be so sparkly, high-on-life and vital become an empty shell was utterly heartbreaking and terrifying. Statistics say as many as 1 in 4 people are affected by mental disorders. That’s a lot of people, but despite the hashtags and viral campaigns, it’s still stigmatised.

I’d already had the idea to incorporate bipolar disorder into What Goes Down when my friend got sick. I hadn’t known why or where the idea had even come from, I only knew it was something I wanted to write about, something that felt important. And after seeing them suffer so badly, it only made me more determined to do it and, hopefully, do it well.

I already knew about bipolar – put simply, a condition that affects moods, meaning someone with it can go from the extreme of mania to the other of depression – and had spent hours researching it. When I reached out on social media, friends who lived with it and experienced it firsthand came forward with stories and pointers. It was invaluable research for one of my main characters, Seph. From the very beginning of What Goes Down, we know something’s going on. Something’s not right. And as the story develops, we see her life begin to unravel. But Laurel? Well, that was something else entirely.

What kind of parent doesn’t know what’s wrong with their kid? What are friends for, if not to talk to? What good is a husband, wife, boyfriend or girlfriend if they aren’t able to help fix things? These are questions Laurel is faced with as she not only finds herself in love with someone in the grip of bipolar disorder with heavy depressions, but also with a daughter who’s displaying increasingly worrying behaviour.

Choosing to write about bipolar disorder and depression was a risk. I was told it would be a hard sell, that I couldn’t expect sales figures like I’d had in the past. People want escapism. But some things are too important not to talk about. If we can have Instagram semicolon campaigns, why can’t we have novels that raise the topic too? If we want to encourage our friends, families and lovers to speak out when something’s wrong, then surely we have to know how to support them?

Being depressed isn’t a choice. It’s not a decision to be angry or frustrated or sad – words that I think don’t even come close to describing what it really feels like. Being manic isn’t choosing to be reckless and out of control. What is a choice, is maintaining skewed perspectives, stigmas and stereotypes. I’m no doctor and I don’t have a psychiatry degree. But what I do have is the experience of feeling completely helpless to do anything to help, just like Laurel. And even though my friend is well on the road to recovery, I can’t help but wonder if it could have been a little easier if we’d have known how to handle it sooner. 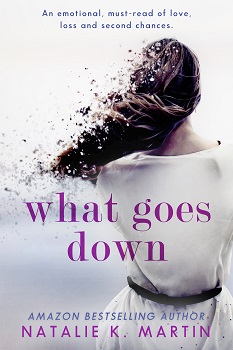 Seph Powell has all she ever wanted: a close family, loving boyfriend and her dream career. A gifted artist with a highly anticipated exhibition just weeks away, her life seems to be perfect. Until a man she’s never met claims to be her real father.

Laurel and Tony Powell are devoted parents. Having worked hard to provide everything for their daughter, they’ve created an enviable, picture-perfect family. Until Laurel’s ex-boyfriend, Nico, comes back into their lives.

In the summer of 1987, Nico stole Laurel’s heart with promises of adventure and excitement. But when he disappeared without trace, he left her as a single, teenaged parent. Now, twenty-five years later, he’s back and keen to meet the daughter he left behind.

But Nico’s sudden reappearance shows that nothing is quite as it first seems. And as long hidden truths are exposed, everything Seph thought she knew about her life begins to unravel.

Prize consists of 1 x £10 Amazon gift card, a Stag necklace and an ebook of ‘What Goes Down’. – UK Only 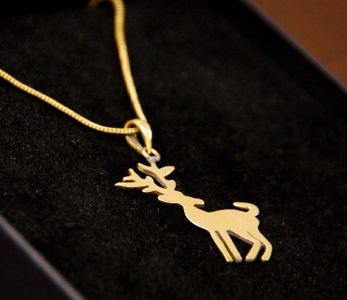