Today we welcome author Lynda Stacey with the cover reveal for her upcoming new book ‘House of Secrets‘, which will be released on 19th July 2016. This post contains affiliate links. 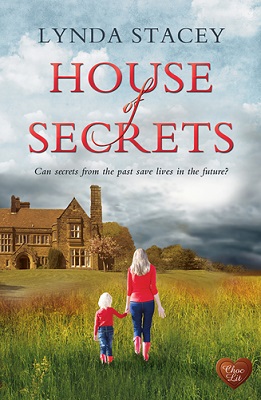 A woman on the run, a broken man and a house with a shocking secret …

Madeleine Frost has to get away. Her partner Liam has become increasingly controlling to the point that Maddie fears for her safety, and that of her young daughter Poppy.

Desperation leads Maddie to the hotel owned by her estranged father – the extraordinarily beautiful Wrea Head Hall in Yorkshire. There, she meets Christopher ‘Bandit’ Lawless, an ex-marine and the gamekeeper of the hall, whose brusque manner conceals a painful past.

After discovering a diary belonging to a previous owner, Maddie and Bandit find themselves immersed in the history of the old house, uncovering its secrets, scandals, tragedies – and, all the while, becoming closer.

But Liam still won’t let go, he wants Maddie back, and when Liam wants something he gets it, no matter who he hurts … 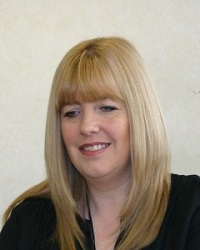 Lynda, is a wife, step-mother and grandmother, she grew up in the mining village of Bentley, Doncaster, in South Yorkshire.

She is currently the Sales Director of a stationery, office supplies and office furniture company in Doncaster, where she has worked for the past 25 years. Prior to this she’d also been a nurse, a model, an emergency first response instructor and a PADI Scuba Diving Instructor … and yes, she was crazy enough to dive in the sea with sharks, without a cage.

Following a car accident in 2008, Lynda was left with limited mobility in her right arm. Unable to dive or teach anymore, she turned to her love of writing, a hobby she’d followed avidly since being a teenager.

Her own life story, along with varied career choices helps Lynda to create stories of romantic suspense, with challenging and unpredictable plots, along with (as in all romances) very happy endings.

Lynda joined the Romantic Novelist Association in 2014 under the umbrella of the New Writers Scheme and in 2015, her debut novel House of Secrets won the Choc Lit & Whole Story Audiobooks Search for a Star competition.

She lives in a small rural hamlet near Doncaster, with her ‘hero at home husband’, Haydn, whom she’s been happily married to for over 20 years.