Cruise with an Adorable Fat Girl

Mary Brown – our full-figured heroine – is off on a cruise. It’s the trip of a lifetime…featuring eat-all-you-can buffets and a trek through Europe with a 96-year-old widower called Frank and a flamboyant Spanish dancer called Juan Pedro in attendance.

Then there’s the desperately handsome captain, the appearance of an ex-boyfriend on the ship, the time she’s mistaken for a Hollywood film star in Lisbon and tonnes of clothes shopping all over Europe.

Earlier in the month I reviewed the new full-length novel about overweight Mary Brown, Diary of an Adorable Fat Girl. Today I am reviewing a short novella featuring our heroine as she sets sail on a fabulous cruise, alone.

Mary was supposed to be on a cruise with her blogger friend, but just before the ship set sail she received a phone call from her stating that something had come up and she couldn’t go. Mary was also told that she couldn’t let anyone know that her friend wasn’t on board and needed to cover for her when people asked where she was. Her friend also told her she needed to take lots of photos and keep a log of what she got up to and send it to her so she can write it up on her blog. Mary had no option but to agree.

On board she met Jenette and her elderly friend, 96 year-old Frank. Frank was just a lovely humble man. He fought in the war, was taken prisoner, lost his friends and fell in love, all in a short space of time. He was on the cruise to go and pay his respects to where his two best friends died in Tunisia and to see his late wife’s family who lived in Sicily.

Every time Frank told his stories about his life I wanted to know more, and just like Mary every time he had to leave it there until another day I was disappointed.

Also among the throngs of passengers on board was Mary’s ex-boyfriend, Simon, who thought she had died of Leprosy, gay dancer Juan, who was so full of life, Captain of the ship, hunky Homarus and the germ-free couple!

Mary found herself in a pickle a few times, from being mistaken for actress Rebel Wilson, to ending up on stage as a dancer whilst trying to hide from her ex.

The book was just a delight to read. Every time I picked the book up I could guarantee that it was going to make me smile. The full-length novel was funny, this one was hilarious, and heart-breaking at the same time. I was completely and utterly hooked to the pages and didn’t want the book to end.

Hello, my name is Bernice Bloom and I am a writer (I write light-hearted rom-com style novels and also work as a magazine journalist and advertising copywriter) and jewellery designer.

My recent series of novels is called ‘Adorable Fat Girl’ and it features a heavily overweight woman called Mary Brown. She is bright, funny, friendly and bonkers. She’s also fat. The books blend the comedy of her efforts to lose weight with a more serious backstory about what happened to her in the past that had led to the issues that make her prone to over-eating.

I’m fascinated that there are so few overweight heroines in literature. Women can be manipulative, evil, even murderers in fiction, but not fat! Certainly not fat and beautiful with loads of friends! Then along came Mary and she’s developed quite a fan base of people who love the fact that the heroine is large. She gets lots of letters and I have ended up taking her on lots of adventures! 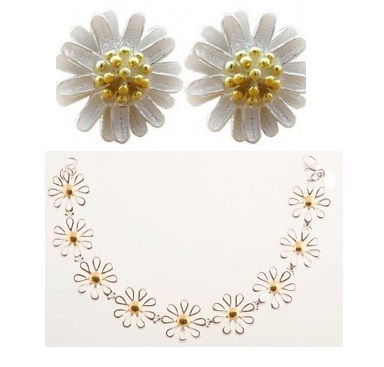