Into the Darker Half by Adalind Hargrave – Book Review

Into the Darker Half by Adalind Hargrave – Book Review 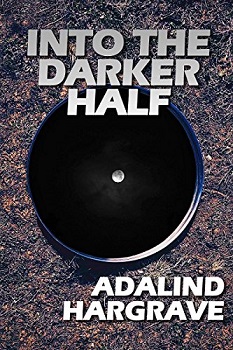 Anna has been living in Chicago for a year, working as a courier for her half-brother, Blake. The work is easy even if the hours are not, and the best part is that, on occasion, she actually gets to piss off some people.

So when Blake has a message, on paper or otherwise, that needs deliverance, that’s where Anna comes in.

This time, Blake has her deliver a letter at Moonshine, the chosen bar of a local gang, and she can’t help it but to create a ruckus.
Because Anna is a hag.

She has lived a fairly dull life before Chicago. But she is a creature with immense untapped power and some serious anger management issues.

The city too is full of secret magic and supernatural beings that don’t appreciate being observed too closely. And that was Anna’s first mistake. She went there and found them.

A big hooray for urban fantasy! Here’s a book that features an imperfect strong female lead and very little romance. There are plenty of books with male protagonists who don’t have to find the love of their life to be validated as a hero, but there aren’t so very many books with female protagonists that can say the same so I’m grateful that this book came along to save the day!

Anna is a hag, a creature of legend which very rarely comes up in any modern genre of fantasy. What makes her particularly interesting is that she isn’t the stereotypical ugly old woman, but a young woman with immense power that she hasn’t yet learnt to control. Given her powers, her half-brother Blake thinks she’s the ideal candidate as a courier to pass on messages for him. This requires that she get involved with some shady characters and try to get out without dying or killing anyone, which is surprisingly difficult when you have the temper of a hag!

Though this book could do with another once over for grammar and typos, the writing style itself is completely engaging and had me hanging on to every word. The characters aren’t entirely developed, which can be a little disconcerting in places as you’re not sure about the motivations behind anything they do. Where the author really excels though, is the atmosphere of suspense and action sequences which had me holding my breath – the pace of the book is fast and action packed, which keeps you enthralled until the very end.

There were some points in this book which had me wondering if this book was the second in a series, there are some unanswered questions which I felt should have been answered already such as the history of the local biker gang and Anna’s own family history. Though it doesn’t quite sit right, it doesn’t really effect the overall story so it may just be a personal quirk that I like to know the backstory of events straight away.

Overall, this book was incredibly entertaining and I very much hope that it’s just the beginning of Anna’s adventures and there’ll be more to follow up with in the future. If you’re a fan of witch-style urban fantasies, especially those which are heavy on the action, I would seriously recommend reading this book.