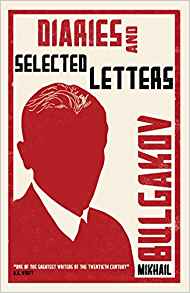 The career of Mikhail Bulgakov, the author of Master and Margarita – now regarded as one of the masterpieces of twentieth-century literature – was characterized by a constant and largely unsuccessful struggle against state censorship.

This suppression did not only apply to his art: in 1926 his personal diary was seized by the authorities. From then on he confined his thoughts to letters to his friends and family, as well as to public figures such as Stalin and his fellow Soviet writer Gorky, while also encouraging his wife Yelena to keep a diary, with many entries influenced or even dictated by him.

This book starts in 1921 in post-Revolution Moscow where Bulgakov is trying to make a living as a satirical writer, peddling articles and stories to magazines while working on his early books. During this period most of the entries are from his diaries and they show just how hard life was for all. Everything is in short supply, inflation is rampant and Bulgakov’s political views are not to everybody’s taste.

After he stopped writing his diary we only have letters to read and they are all from him to various contacts. (We never get to see the replies). Generally these letters describe a more prosperous time although he is constantly battling with the censors and poor health.

Roger Cockrell has included several pages of notes which were situated at the rear of the paperback version that I was reading; requiring me to regularly flick back and forth to make the most of the text. This tended to disrupt my reading, particularly on page 190 which had no less than 11 notes.

On occasions letters repeated themselves when he wrote simultaneously to different correspondents. There were also a couple of letters which were nothing short of long rants.

After the notes there was a section of extra material which gave 25 pages on Bulgakov’s life and work which I found very interesting and which helped to complement and explain the letters.

Before this book arrived I had never heard of Mikhail Bulgakov yet he clearly left a massive legacy even though the majority of his compatriots could not read or see his work until long after his death.

Overall the book was interesting and informative but at times I had to make an effort to keep the pages turning. That effort has been rewarded by an increase in my knowledge and I have already ordered a copy of his novel Master and Margareta. I have given Diaries and Selected Letters three stars. 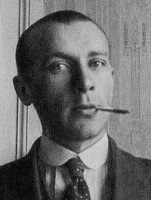 Mikhail Bulgakov was born in Kyiv, Russian Empire (today Ukraine) on May 15 1891. He studied and briefly practised medicine and, after indigent wanderings through revolutionary Russia and the Caucasus, he settled in Moscow in 1921.

His sympathetic portrayal of White characters in his stories, in the plays The Days of the Turbins (The White Guard), which enjoyed great success at the Moscow Art Theatre in 1926, and Flight (1927), and his satirical treatment of the officials of the New Economic Plan, led to growing criticism, which became violent after the play The Purple Island.

His later works treat the subject of the artist and the tyrant under the guise of historical characters, with plays such as Molière, staged in 1936, Don Quixote, staged in 1940, and Pushkin, staged in 1943.

He also wrote a brilliant biography, highly original in form, of his literary hero, Molière, but The Master and Margarita, a fantasy novel about the devil and his henchmen set in modern Moscow, is generally considered his masterpiece. Fame, at home and abroad, was not to come until a quarter of a century after his death at Moscow in 1940.