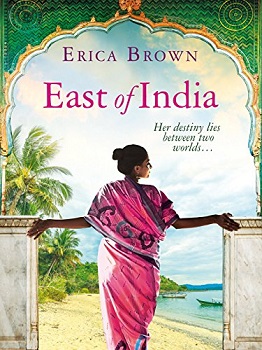 India, 1940. When Nadine learns that the Indian woman she thought her nanny is, in fact, her mother, she rebels against her English father and he arranges for her to be wed to an Australian merchant many years older. She is whisked off to her new husband’s plantation in Malaya but as the Second World War rages throughout the East, Nadine is taken captive by the Japanese.

She is held at a camp in Sumatra with other women and forced to entertain the soldiers and satisfy their desires. In the most unlikely circumstances, Nadine finds an ally and protector in a Japanese—American major caught up in the war. The two bond over their conflicted identities and gradually fall in love. But can Nadine survive long enough to find happiness?

The story begins in India in 1940. World War II is raging across the globe, but India has been left untouched.

15-year-old Nadine is the daughter of a British businessman and an Indian housekeeper, though she only discovers her housekeeper was her real mother after the housekeepers death. She is stubborn, headstrong and refuses to listen to authority. He father struggles to control her, so he marries her off to an Australian man who takes her to his plantation in Malaya.

However, the Japanese become involved in the war and the couple has to flee their home. Unfortunately, Nadine is captured and is used by the army for their sexual needs. It is also whilst captured that Nadine falls in love. This is story about her cruel, yet extraordinary life.

East of India was a fascinating book. It was quite hard going in parts, and it was also quite slow, especially at the beginning, but the pace did pick up. It also has beautifully descriptive scenes which made it easy to visualise the Asian countries.

I liked Nadine. She was a woman who wouldn’t let anything get her down and tried to find the positives in life, even through the hard times.

The book covers a lot of subjects, some quite dark, yet they are all written quite jollily, which at times did seem a little surreal. It showed the brutal side of the Japanese involvement in World War II, but without the real gory details.

The story did captivate me and I couldn’t wait to see how Nadine’s life would pan out. Would this young woman ever get a fair chance in life? You’ll need to read this stunning book to find out.

Erica Brown is the pseudonym of a very successful author of women’s fiction and crime. She lives in Bath and has one daughter and twin grandchildren one of whom is dead set on becoming a writer. 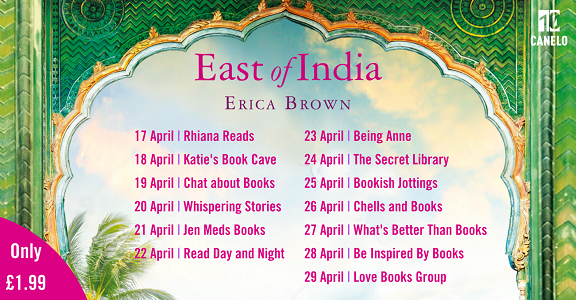