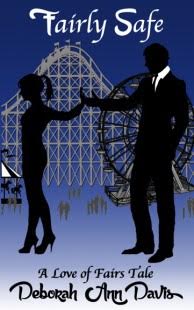 Jacob has come a long way for an orphaned kid. He has a mentor, a great job, and has finally fallen in love. Granted, she mistook him for a stalker when they met, but every relationship has its little problems. Unfortunately, for the past few years, as the object of his affection pops in and out of his life, she has refused to share any personal info, like where she’s from…or her real name. Regardless, Jacob is ready to take their relationship to the next level. Now, if only he can locate her so he can tell her.

Casey’s family is in the Witness Protection Program. Safety has to be their only priority. Their cover has been blown before, so at any given time they could be forced to disappear again. Obviously, a shy young man with hopeful eyes cannot possibly be added to the mix. Now, if only she can stop thinking about him.

Jacob’s and Casey’s worlds unexpectedly collide when Jacob inadvertently helps hide her family. Exposed to their 24-7 vigilance, Jacob must come up with a plan to keep them out of harm’s way, because this time if Casey disappears, she will be taking Jacob’s heart with her, and his hopes of finally having a family of his own.

Fairly Safe is the second book in the Love of Fairs Series. Having not read the first book I was a little apprehensive about diving straight into book 2, unsure whether I would fully understand what was going on, however I had no problems with starting in the middle of the series.

The book opens in 1938 and then jumps 60 years to 1998, where we meet Jacob and Casey. The two main characters are well-rounded individuals, each with their own problematic backstory. Jacob being brought up in an orphanage, and Casey being in witness protection along with her family.

They are truly remarkable young people and Deborah Ann Davis has done a wonderful job in keeping them both very realistic, as well as likeable. Alongside Jacob and Casey there are a host of secondary characters, including William who is in the opening section in 1938, now an old man. These secondary characters for me are what makes this book. Without them, the story would never have worked.

There is a lot of laughter surrounded by plenty of emotional scenes, and scenes that may just have you on the edge of your seat. The story merges mystery with suspense, and with a hint of thriller thrown in, creates a roller-coaster that keeps you glued to the pages.

If you are after something a bit different that will play with your emotions, yet keep you gripped to the pages with the ‘what happens next’, then this is the book for you. 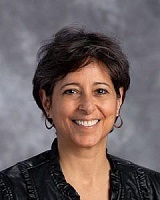 DEBORAH ANN DAVIS has been writing since she was assigned to keep a Journal in her 5th grade English class. She began to look around for writing inspiration. Lo and behold, she found her world was full of funny stories just waiting to be told. As she grew older, occasionally she could manipulate one into some school assignment, but it never occurred to her to pursue writing, not even when she discovered her flare for telling stories at college parties.

After a string of college majors, she realized she could have a captive audience EVERY DAY in the public school system. As it turns out, teenagers love to laugh, and what could be more entertaining than Biology, Earth Science, and Environmental Science? Then there’s the added bonus that once kids know you like to laugh, they want to make you laugh.

In addition to Writing, she is also an Educational Speaker and a Certified Personal Trainer. She taught for 25+ years, although somewhere in the middle of all that educating, she stepped out of teaching for 6 years to do the Mommy Thing, and run the office for their family construction company.

Even though they had followed separate paths, Deborah reunited with, and married her childhood sweetheart, twelve years after their first kiss. Together they coached their daughter’s AAU Basketball Team, which swept States two years in a row. (Yay!) Then, for several years their daughter and their money went to college.

They currently reside on a lovely lake in Connecticut. She enjoys dabbling with living a sustainable life, writing novels for her Love of Fairs series, dancing, playing outside, and laughing really hard every day. She promotes increasing the amount of movement throughout your day via Wiggle Writer posts on Merry Meddling.

Remember, you can do anything if you set your mind to it— including becoming an author at any age— but it’s way more fun if you are grinning back when the Universe smiles down on you.