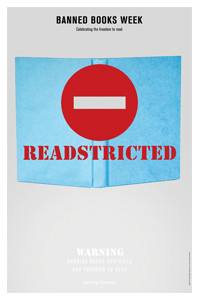 In the USA, ‘Banned Books Week‘ is the national book community’s annual celebration of the freedom to read. Hundreds of libraries and bookstores around the country draw attention to the problem of censorship by mounting displays of challenged books and hosting a variety of events. The 2015 celebration will be held 27th September to 3rd October.

Banned Books Week was launched in 1982 in response to a sudden surge in the number of challenges to books in schools, bookstores and libraries. More than 11,300 books have been challenged since 1982 according to the American Library Association.

Banned books that have featured include ‘The Adventures of Huckleberry Finn’ by Mark Twain, which was originally banned in 1885, being labelled as “trash and suitable only for the slums.” 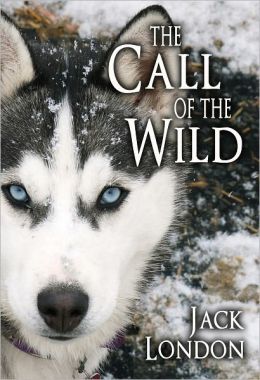 ‘The Call of the Wild’ has also been subject to banning. Generally hailed as Jack London’s best work, ‘The Call of the Wild’ is commonly challenged for its dark tone and bloody violence. Because it is seen as a man-and-his-dog story, it is sometimes read by adolescents and subsequently challenged for age-inappropriateness. Not only have objections been raised here, the book was banned in Italy, Yugoslavia and burned in bonfires in Nazi Germany in the late 1920s and early 30s because it was considered “too radical”.

Fun – A library in USA also holds an ‘Edible Book Contest’ as part of Banned Books Week. Maybe they should get together with the folks at the Edible Book Week we featured back in July.