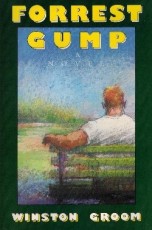 Most of you have probably seen the Tom Hank’s Academy Award-winning film Forrest Gump. However you may not all know that the film was actually an adaptation from author Winston Groom’s 1986 book ‘Forrest Gump’.

There are however some major differences between the book and the film.

My favourite part of the book which didn’t feature in the film involved cannibals.

In the book, Forrest goes on a space mission with a male ape, named Sue. On returning back to earth they crash land in a South American jungle.

When they emerge from the space craft they are greeted by a tribe of cannibals. They are held hostage for four years, only being kept alive by the fact that Forrest manages to beat the leader of the tribe daily at chess. 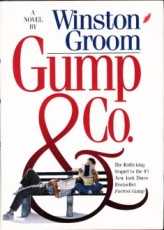 Winston Groom also wrote a sequel to the book which was written after the film, called, ‘Gump & Co.’

The first line of the sequel opens with, “Don’t never let nobody make a movie of your life’s story” and “Whether they got it right or wrong, it don’t matter.”.

Sounds to me like Winston Groom wasn’t happy with the film adaptation.

Although a script for a sequel to Forrest Gump was submitted on 10th September 2001. Unfortunately, that was the day before the 11th September 2001 attacks on the Trade Towers in New York. It has been on the back burner ever since.