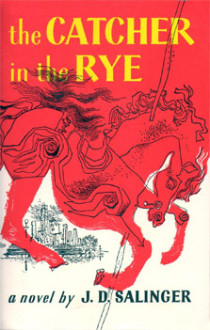 Nearly everyone has heard of J.D. Salinger’s novel ‘The Catcher in the Rye’.

But how many of you have heard of the book ’60 Years Later: Coming Through the Rye’?

’60 Years Later: Coming Through the Rye’, is supposed to be the sequel to Salinger’s 1951 novel, ‘Catcher in the Rye’, but it wasn’t written by J.D. Salinger; it was written by John David California.

John David California is actually the pseudonym of Swedish writer Fredrik Colting, and his ‘sequel’ follows the life of Holden Caulfield (protagonist from ‘Catcher in the Rye’), or Mr. C as Colting has called him. Mr. C is now a 76-year-old man on the run from a nursing home.

However in a bizarre twist, J.D. Salinger didn’t ask Fredrik Colting to write a sequel to his book. The ‘sequel’ is unauthorised. In fact, J.D.Salinger had started legal proceedings against Mr. Colting before his death in 2010.

Before he died, Salinger managed to succeed in getting a court order which indefinitely bans the publication, advertising or distribution of the book in the United States.

In what would seem an even more bizarre twist, Colting decided that he would write J.D. Salinger as a character in his book, as part of the plot.

The book was allowed to be published in the United Kingdom and on the 7th May 2009 it was released.

This isn’t the only unauthorised sequel of a book. Author Katherine Pinotti wrote the book ‘The Winds of Tara’ in 2002. The book was an unauthorised sequel to the very famous novel ‘Gone with the Wind’ written by Margaret Mitchell and published in 1936.