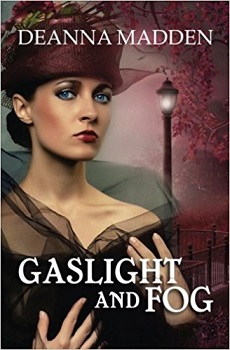 1888, Whitechapel. A woman wakes in a dark alley where a murder has just taken place. She can’t remember her name or how she got there. Only later does she learn the man in the alley with her was Jack the Ripper.

Soon she realizes she has been thrust more than a century into the past. And what of the fate of her daughter who was with her when this catastrophic timeslip occurred? She can only hope she too was not transported to the past.

Striving to keep the secret that she is from another time, she tries to adapt to a world that is foreign to her while desperately trying to figure out how to return to her own time. As the grisly murders pile up, Inspector Abberline of Scotland Yard wants to know who she is and how she is connected to the Ripper.

To her surprise, she finds herself falling in love with the shrewd detective, but if she stays in his time, she may be the Ripper’s next victim.

Visiting London from the USA, Mary and her daughter Courtney join a walking, ‘Jack the Ripper’ tour. Whilst arriving at the place where his first victim was killed, a bottle of wine is dropped out of a window, smashing and scaring the tourists, making them scarper in all directions.

Mary, (although she doesn’t remember her name), suddenly finds herself in a dark street in the early hours of the morning, with a pounding head. Further down the street, a figure lies on the floor, and another stands over it. The next minute a man walks by whistling. This scene would turn out to be ‘Jack the Ripper’ and his first confirmed victim, Mary Ann Nichols.

It soon becomes evident that Mary has been transported back in time to 1888, and becomes the only person to ever see ‘Jack’, although not his face. With suspected amnesia the doctor who arrives on the scene takes Mary home with him to recuperate, hoping that she may be able to tell the police more once her memories return.

With the help of Inspector Abberline, the man in charge of the murder case, Dr Ellman, his wife, their housekeeper Lucy, and their cook, Mrs Haslip, Mary tries to maintain a normal life as a Victorian, whilst trying to piece together whom she really is, and if there is some link between her and ‘Jack the Ripper’.

I’m not normally a lover of historical fiction, but there are some eras that intrigue me. The Victorian period is one of them, so I happily sat down with a brew and proceeded to read ‘Gaslight and Fog’.

At the start the book, the word cell phone was mentioned and my heart sank. Knowing that this was a book set in London, England, I just hoped that it wasn’t going to be full of Americanisms. Luckily it wasn’t long after that we learn Mary is from the States and it was her who mentioned the phone, so I was relieved.

I read the book in a day as I was that hooked. Deanna certainly did her homework when it came to information on ‘Jack the Ripper’, and I was glad to see that the facts about the deaths of these poor woman hadn’t been tampered with or altered.

The book had me engrossed from the first chapter, and sucked me in to a well-developed, well-thought-out plot. My enjoyment lasted all the way until the last chapter. Unfortunately this chapter didn’t compliment the rest of the story. The ending was too short, and I felt that there was so much more that Ms.Madden could have done to give this book that memorable, explosive, jaw-dropping ending.

My other concern is with the cover. It looks very Mills & Boon-esq, and I feel it doesn’t compliment the wonderful, gripping, and totally absorbing story that is within. I know that you ‘shouldn’t judge a book by it’s cover’, but a vast majority of readers do, and this is such a brilliant piece of fiction that it doesn’t deserve to be overlooked. It is most certainly a must-read. 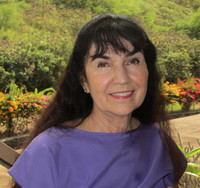 I write novels that cross genres but frequently involve the past (historical) or the future (speculative). I have taught literature and creative writing as a college teacher, and some of that immersion in literature finds its way into my writing. Originally from the Midwest, I now live in Honolulu, Hawaii, where snow is never an issue but hurricanes are.