Today on the blog we welcome author James Swallow, with an exclusive extract from his new book ‘Ghost‘ which was released on the 31st May 2018. Keep scrolling to the bottom of the page, where you can enter to win a hardback copy of his book too. 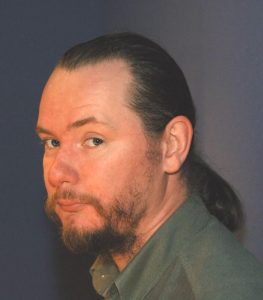 James Swallow is a New York Times, Sunday Times and Amazon bestselling author and scriptwriter, a BAFTA nominee, a former journalist and the award-winning writer of over forty-five books, along with numerous scripts for videogames, radio and television.

His writing includes the Marc Dane action thriller series, the Sundowners steampunk Westerns and fiction from the worlds of Star Trek, Warhammer 40,000, Doctor Who, 24, Deus Ex, Stargate, Tannhauser and 2000AD.

His latest novel GHOST is out now from Bonnier Zaffre.

A tourist pointed over the edge of the battlements and shrieked. Others were holding up cell phones to record what was going on, and neither Cat nor Dog wanted to remain in the square a moment longer, for fear their faces might get captured on some idiot’s video footage.

‘Back to the rendezvous point,’ Dog said, stepping back from the ramparts. He gave Cat the slightest of sideways looks as he walked away, acting as if they had no connection to one another.

‘Understood,’ said Cat, speaking without speaking, the device on her neck sensing the half-constructed words as they formed in her throat and turning them into a droning signal. The sub-voc unit made her skin crawl and she resisted the urge to scratch her face, directing the motion into adjusting the sunglasses perched on her small nose.

‘I am making my way to the car,’ Fox said. Cat unconsciously looked up, although from where she was there was no way to see the high roost the sniper had used. ‘Local law enforcement officers are at the site of the first engagement. Recommend we shift to secondary exit protocol.’

Dog was team leader, so the decision was his, but both he and Cat respected the elder Fox’s field experience and the answer was as she expected it to be. ‘Agreed.’

She passed by the cathedral and quickened her pace. Her fellow assassin had already vanished into a side street. ‘What about the target?’

‘I saw where he went down,’ Dog replied. ‘We must act quickly if we are to get there before anyone else.’

‘I had to leave the rifle behind,’ Fox admitted.

‘You sanitised it?’ said Dog.

Cat slowed her pace as she passed through the Mdina gate and stopped at a vendor to buy a bottle of chilled water, aping the tourists congregating nearby. As she paid for the drink, the green Fiat the team had been provided came around the corner and slowed to a halt. Cat walked over and climbed into the back.

From the driving seat, Fox gave her a nod and then drove on, halting a second time at the next intersection to pick up Dog. As they rolled away from the traffic lights, a silver police car lined with a blue checkerboard livery raced past in the other direction. As soon as it was out of sight over the crest of the hill, Fox accelerated away, aiming the car toward Ta’ Qali.

‘Why was he not killed with the first shot?’ Fox’s voice sounded gruff when he spoke aloud. He didn’t direct the accusation at either of them, but Dog stared out of the window and at first gave no indication he was listening.

‘The Greek and his bodyguard were more dangerous,’ said Cat, after a moment, as she peeled the comm unit’s self-adhesive pad from her neck. ‘They were armed. They needed to be neutralised first.’ She always felt odd talking immediately after removing the sub-voc – she had to consciously remember not to whisper each word she said.

Fox was going to add more, but Dog turned to him. ‘Just drive,’ he said. ‘If we don’t get what we came here for, then we will have to consider our alternate options. That will extend the duration of the mission.’ He gave Cat a look. ‘None of us want to be here any longer than we must be, no?’

Cat shook her head, and began reloading her weapon, swinging out the revolver’s angled chambers to insert fresh rounds. There might be witnesses at the landing site, she reasoned, and if that were the case it would be necessary to silence them as well. 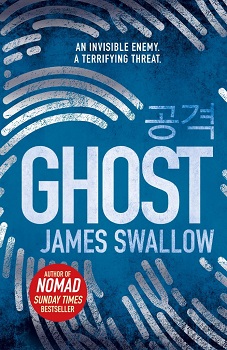 A BRUTAL ASSASSINATION IN A SILENT CITY.

A DEVASTATING BETRAYAL AT THE HEART OF A COVERT STRIKE FORCE.

A DEADLY PURSUIT ACROSS A DIGITAL BATTLEFIELD.

A RUTHLESS TERRORIST FUELLED BY REVENGE.

When a shattering betrayal strikes at the heart of the Rubicon team, Marc Dane and his partner – ex-Special Forces sniper Lucy Keyes – must uncover the plot of a deadly cadre of digital terrorists.

These ‘ghosts’ plan to use their terrible virtual weapons against vulnerable civilian targets; but is this elite team of hackers merely out to spread chaos and destruction, selling their skills to the highest bidder? Or is there a deeper, more personal agenda at work?

As devastating attacks unfold across the globe – power grids crippled, cities blacked out, trains crashed and riots triggered – Marc must call on all his skills and ingenuity to track down the mysterious figure behind it all – a faceless criminal known only as “Madrigal”…

Before they plunge the world into war…

You can find out more about James Swallow by visiting the website/social media sites below.

Prize – 1 hardback copy of Ghost by James Swallow. Open to European Countries only. 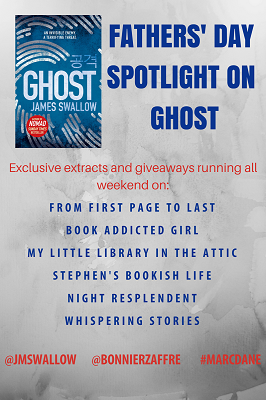