The Many Faces of Henrique by Isis Sousa – Guest Post

The Many Faces of Henrique by Isis Sousa – Guest Post 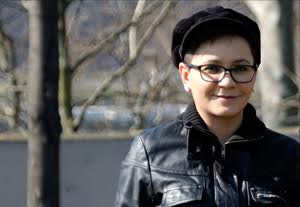 I am Isis Sousa, a professional illustrator, indie author, and now also arts educator. I was born in Brazil, but I live in Snillfjord, Norway, with my lovely husband. Love Heavy Metal, Fantasy Art and Gothic stuff.

The Many Faces of Henrique

“As Cold As Thorns” has many nuances: several plots intertwined and it is very character driven when it comes to the lead, Henrique. Because he has surprised many readers already with his mercurial and well-balanced male+female personality, I thought you guys would like to hear about him. He is both the “love or hate” AND “love and hate” kind of guy.

He is the best tailor Europe had seen at his time and he is on a constant battle to surpass himself in his craft. Henrique has an obsession with roses – he has exemplars of *almost* every single rose that exists, except for one. Another one of his obsessions is Catelyna, the Iberian Princess. A young, beautiful and loving lady, whom he serves and who also happens to be his best friend. Ah Henrique, when will you ever learn took past your caprices?

He has a huge art collection both in his mansion and at his quarters at the Royal Palace with paintings, drawings, sculptures ornamented objects and costumes. He is passionate about books and his library is larger than the King’s. He loathes cruelty against animals, women and children and he believes in a better world built through diplomacy between nations. He is kind and respectful with his servants, more so than most nobles.

However, Henrique’s benevolent traits are obscured by a dark force that shrouds his heart along the story… Making him become all of that which he despises. You dear reader, will watch him closely as he falls deeper into the abyss, forgetting who he once was. He will have to go through great lengths and sacrifices to save his own shattered soul.

And to close the post, a little fun chart showing Henrique’s transformations through the plot.

When lust and vanity consume a humble young soul, nothing is left but a faint flame in the darkness of the void.

The solace and contentment of Henrique’s simple life as a small-town tailor’s apprentice vanish when his ambitions turn him overnight into one of the most powerful and influential personalities in early-1800s Europe. His quick ascension to the upper echelons of the leading Iberian Empire reveals a man torn between the pure heart he once was, and the grim shade of what he has now become: a spirit obsessed with expensive material possessions and the urge to acquire the unattainable.

Henrique succumbs to the ever-growing desires and beguiling passions tormenting his mind, causing a rupture between reason and a desolate world of ice and snow where pain is the key to salvation.

Will he survive his encounter with the colossal emptiness and find the righteous path to lead him out of his agony?

Come and indulge yourself in this startling tale of coldness and wonder.