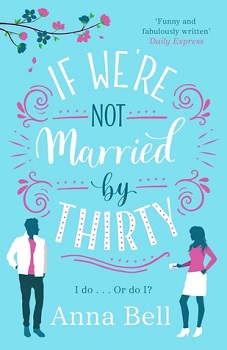 If We’re Not Married by Thirty

Lydia’s not exactly #livingherbestlife. She never imagined she’d be here at thirty – newly single, a job that’s going nowhere and her friends all winning at life when she’s still barely taking part. So she jumps at the chance of a free holiday and jets off to sunny Spain.

Then, out of the blue, she bumps into her childhood friend, the handsome and charming Danny Whittaker. She’s always had a crush on him and they soon enter into a passionate holiday romance.

But this relationship could be more than just a fling. Years ago they made a pact that if they were still single when they turned thirty they would get married. But no one really follows through on these pacts . . . right?

Could Lydia’s back up man really be her happy ever after?

Ten years ago at her sister’s wedding, friends Lydia and Danny make a pact that if they are not married by the time they are thirty they will marry each other. Lydia has always had a secret crush on Danny but being friends since they were little children and their mothers being best-friends too, she has never crossed the friendship line – Until the night they made their pact.

The ten years have past and events-coordinator Lydia is newly single. She hasn’t seen Danny in quite a while but a chance encounter brings the pair together and seeing as they are both now thirty and single will they decide to go through with their pact?

If We’re Not Married by Thirty is a fun, chick-lit-Esq novel filled with warm, delightful characters and a ‘will they, won’t they’ hanging in the balance.

Both characters have plenty of flaws and this is what makes them so likeable and realistic, even if the situation is not – I mean do people really make these pacts?

The plot will have you laughing-out-loud at times and cringing at others (especially at the pairs mums). Ms. Bell certainly knows how to write scenes that make you squirm with embarrassment for the characters. The book is also bang up to date with the use of social media throughout too.

If you are looking for a book that will put a smile on your face and have you not wanting to put it down, then this is the one to choose. I raced through it in two days and enjoyed every minute.

I’m a hopeless romantic and love nothing more than a good happy ending. After an unsuccessful interview for the TV show The Apprentice, I passed a major publisher in London and drunkenly told my husband that they were going to publish my novel one day. He never let me forget and that’s when my journey began. 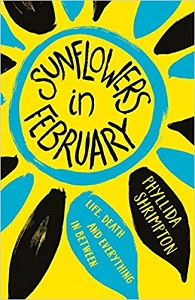