In the Blood by R.L. Martinez – Cover Reveal

In the Blood by R.L. Martinez – Cover Reveal

Today we welcome author R.L. Martinez with the cover reveal for her upcoming new book ‘In the Blood‘, which will be released on 21st March 2016. This post contains affiliate links. 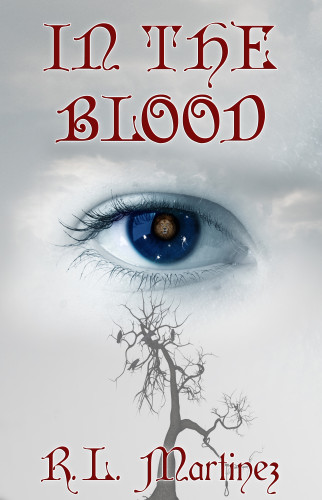 The war may have ended, but a new battle begins for disgraced prisoner-of-war, Ottilde Dominax. Dreams of her witchbreed twin are visions of death and betrayal. Driven by their grim
warning, she escapes her captors and races across nations to save her sister.

But she may arrive too late…

As one of the hated and feared, Lady Oriabel. Dominax has kept her healing magic secret while she cares for her family’s struggling estate. But the arrival of a new lord hiding secrets of his own, the discovery of a dark and addictive magic and threats from a cruel blackmailer push her closer to disaster.

Through it all, the Witch’s Tree calls…

Being a stay-at-home mom is probably the hardest job Robin’s ever had (and that’s after working at places like Goodwill, MCL Cafeteria, and Captain D’s).

Her house is never clean! No matter how many dishes she does or toys she picks up, her two little ones come right behind her and make a whole new mess. Anyway, this is the first time she hasn’t had some sort of job outside the home since she was fifteen. Kinda scary!

Now that her kids have both started all-day school, she can fling herself into the stories that constantly swirl inside her head. One of the main reasons she writes is to read books that she wishes other people were writing.

She lives in Oklahoma with her husband, two small sons, two naughty canines, and a mouse-killing cat.