Today on the blog we welcome author Carrie Jo Howe, with her guest post ‘Who Has Influenced Me As a Writer‘, as part of the blog tour for her latest book, ‘Island Life Sentence’ which was released on 6th March 2018. 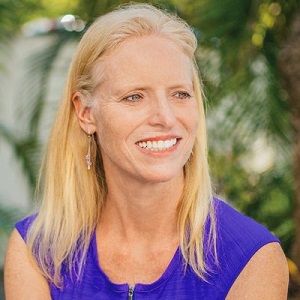 After raising three boys in the suburbs of Chicago, Carrie Jo Howe now lives in Key West, Florida with her husband and her dog. Her new book, Island Life Sentence is a fictional account of an American Mid-western woman who feels like an alien in the “one human family” of Key West.

Carrie Jo’s first book, Motherhood is NOT for Babies, received raved reviews, and works wonderfully as an alternate form of contraception. Her blog Florida Keys Crime Report, tells of all the goings on in the Keys, where bank robbers get away on bicycles, and perps caught with an undersized, pinched, out-of-season lobster get more jail time than drug runners. She is currently working on her second Key West book.

Who Has Influenced Me As a Writer

I love humor. Slapstick. Farcical. Burlesque. Dry. Droll. Anecdotal. Sophomoric. Screwball. You get the idea. I’m attracted to funny people, authors and animals (not necessarily in that order).

I’m hoping you’ve read something (anything) by Carl Hiaasen. He’s a Florida writer who gets it. He’s written many books but two of my favorites are Tourist Season and Razor Girl, (I can’t type the titles without smiling).

Here’s a quote from Tourist Season:
“Never would she admit to her Otter Creek neighbors that her unhappiness was anything but a widow’s grief, or that sometimes, during Florida’s steambath of a summer, she longed to be back up North, in the city, where one could actually walk to the grocery store without an oxygen tank.”

Razor Girl is based on a real life criminal. A woman drives to the Keys and gets into a car accident while shaving her private parts. When I moved to Key West 5 years ago, this news story is what sparked my desire to create a blog about the crime down here. www.floridakeyscrimereport.com

And, of course, there’s The Onion. The cleverest people in the world write these articles–the headlines alone are genius.

Mother Given Gift Basket Of Soaps, Bubble Bath Hopefully Takes Hint That She Smells Like Shit

And also this Onion article:

Alcoholic Parent Easy To Shop For

Personally, I don’t know what I’d do without my girlfriends. It’s important to have tight female bonds. I’ve realized just because I’ve moved geographically far away from these fabulous women, doesn’t mean we don’t communicate on a regular basis. In fact, we make a bigger effort now that we need to schedule our together time. They listen, laugh and support me unconditionally. I try to do the same for them–but usually it’s all about me.

From Bossypants by Tina Fey:
“I was walking home alone from school and I was wearing a dress. A dude drove by and yelled, “Nice tits.” Embarrassed and enraged, I screamed after him, “Suck my dick.” Sure, it didn’t make any sense, but at least I don’t hold in my anger.”

Key West is hugely influential. Every time I venture out of the house, it’s a story. Yesterday, a nesting Mockingbird chased the dog and me down the street. They are frighteningly smart. As it swooped at my head, and pecked at the dog’s butt, I heard it scream “you owe me rent, this is my house, bitch”. (We have a lot of rentals in Key West.) Last night, my husband and I went to the Smokin Tuna for Songwriter’s Fest and heard incredible talent from Nashville. Colby Dee–check her out. I volunteer weekly in Books & Books Key West –my boss? Judy Blume. A couple of weeks ago I sat next to Meg Cabot at a Take Stock in Children symposium. Come on. How great is that?

Rich or poor, funny or not, one thing we have in common is we all sweat a lot. It rhymes and is true. 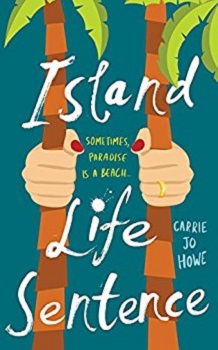 Peg Savage has contractually agreed to move to Key West, Florida. The smudged signatures on the damp cocktail napkin are irrefutable proof. “An adventure…” her husband Clark says. Peg can’t swim; she’s afraid of bridges (there are 42 of them); and she doesn’t want to leave her friends. However, after a bottle of Cabernet, a move from Chicago to the southernmost city in the United States seems like the best decision ever.

But now Clark has taken a long term job in Cuba and she’s on her own. Neither her dog Nipper, nor the ghosts in the attic, offer up any good advice. But how hard can it be living in paradise? Peg dives into island life but the more effort she makes, the wider her wake of catastrophes.

You can find out more about Carrie Jo Howe by visiting the website/social media sites below.