From the celebrated creator of Julius Zebra: Rumble with the Romans! comes a hilarious romp and mad-cap story set in Roman Britain, cram-packed with jokes and bursting with action.

Julius and his pals must go to the far-off and strange land of Britain to win over the crowds of Hadrian’s empire. But this will be no happy-go-lucky holiday. Instead of packing buckets and spades, our stripy hero and his friends will need all their wits about them if they’re going to survive their most wild and rebellious gladiatorial opponents yet – the Britons!

With a guide to Roman numerals and a fun, factual glossary in the back pages, this is a fast-paced, funny and utterly bonkers introduction to all things Roman Britain.

Gladiator superstar, Julius Zebra, was the most famous and fearsome warrior in Rome, after defeating numerous opponents.

His battles hadn’t gone unnoticed by Emperor Hadrian, who offered him a deal, battle and win one more fight, and he would grant Julius his freedom. However, after winning the battle, Hadrian was nowhere to be seen.

News soon arrived that Hadrian was impressed with Julius, and as a result, he was sending him, and his friends, on a little trip to Britannia.

Unfortunately, their idea of a little ‘holibob’ was cut short when they realised exactly what Emperor Hadrian had in store for them.

Julius Zebra Bundle with the Britains!, is the second book in the ‘Julius Zebra’ series, but can most certainly be read as a stand alone.

Gary Northfield has managed to write a children’s book that blends history with a damn good story. The characters are well developed, and at times you do forget that they are actually a Zebra, Warthog, Crocodile, Antelope, lion, etc.

The book is funny, laugh out loud funny, from beginning to end. It is silly, wacky and a little bit daft, but it is also engrossing, and will have children hooked right from the start. It certainly is attention grabbing.

There are numerous black and white illustrations throughout, some are full pages too, these add to the enjoyment of the story, and help to visualise exactly what is happening.

One of the funniest, cleverly executed books that I have read for a long time, (and I’m just a few years over the target market!!). 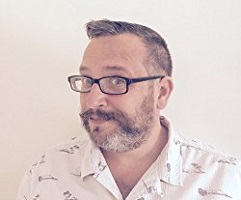