The Legend of Tarzan

Tarzan of the Apes

Having been raised by gorillas in the African jungle, Tarzan grew up and left to become London gentleman John Clayton III, Lord Greystoke. Happily married to his sweetheart Jane Porter , Tarzan finds himself lured back to the land of his childhood on a British trade mission.

But upon uncovering a deadly plot by Belgian Captain Leon Rom, this distinguished member of society must tap into his inner hero to defend the landscape and its wildlife.

Based on the book of the same name by Roald Dahl

An orphan named Sophie finds herself snatched away from the orphanage one morning by a friendly giant she names the BFG. The BFG’s job is collect, catalogue and deliver pleasant dreams to children.

Sophie joins him on his travels, except they are followed by a group of evil giants, who have an altogether more unpleasant plan for the sleeping kids. Together, Sophie and the BFG must save the children from becoming the giants’ next meal!

The Luck of Barry Lyndon

Set in the second half of the eighteenth century, Barry Lyndon is the fictional autobiography of an adventurer and rogue whom the reader is led to distrust from the very beginning.

Born into the petty Irish gentry, and outmanoeuvred in his first love-affair, a ruined Barry joins the British army. After service in Germany he deserts and, after a brief spell as a spy, pursues the career of a gambler in the dissolute clubs and courts of Europe. In a determined effort to enter fashionable society he marries a titled heiress but finds he has met his match.

Jason Bourne steps out of the shadows in the latest instalment of the smash-hit action franchise.

Having discovered his true identity at the end of 2007’s The Bourne Ultimatum, Jason has gone off the grid. But an unexpected sequence of events involving former associate Nicky Parsons compel him to come out of hiding and embark on a relentlessly exciting global journey, one that may lead to him to ever-more important revelations about his identity. 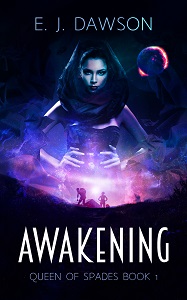