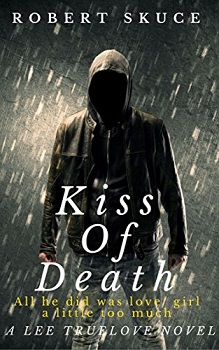 Homicide detective, Bruno Norcross, is called to investigate the brutal murder of a college call girl. This isn’t just any other crime scene. Bruno has seen this scene before, only the last time, the killer got away leaving Bruno feeling as though his career is incomplete. Nobody escapes Bruno’s grasp twice and when his nemesis arises again, it’s time to bring him in.

A serial killer, only known as the Kiss of Death, is back, only this time he made a mistake. A witness, like no other, was left behind and this witness knows the victim better than anyone.

Rosie’s stalker, Ashley Truelove knows everything about her, from what she wears to who she sees. The question isn’t can Ashley help Bruno catch the killer, but will he? With meager and confusing clues, two known victims and time running out, Bruno realizes that the cost of bringing the murderer to justice will be paid in blood.

With the police Sergeant on his back to catch this killer and provide justice for the death of his daughter, Bruno is racing against time. Kiss of Death only hunts occasionally and time is running out before he vanishes again. Can Bruno find the evidence to stop him or will he escape his clutches once again?

Kiss of Death is a crime/thriller novel. From the very beginning of the preface it draws you in, needing you to read more.

The first few chapters introduce the main three characters, letting you get to know them more. As the book progresses it explains all about a previous unsolved murder case. The killer was dubbed, ‘The Kiss of Death’, due to the nature of the killing. When an identical murder occurs, it’s up to Detective Bruno Norcross, to unravel and solve this case, this time making sure he catches the killer.

I found Robert Skuce’s book an easy read, and very difficult to put down. The story holds you in suspense right until the final chapter, where there is a completely unexpected twist, I certainly didn’t see it coming. The plot is also filled with lots of mystery and intrigue.

The three main characters came to life to for me, and I like how Robert Skuce told the story through each of them. It was interesting to see each of their different aspects.

The plot held up and kept me guessing all the way through until the final chapter. This book is a complete page turner, and I was in shock at who the killer actually turned out to be, well done Robert.

The settings and time scales are plausible, and held up all the way through. I now look forward to reading more by this author.

The only negative comment would be, there were a couple of odd spellings, and choices of words, but this didn’t effect my enjoyment. 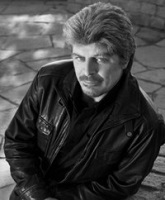 Robert Skuce thought that he was too pretty and small for prison so he decided to write about it instead. After dabbling in different genres, he found himself at home as a thriller/crime writer. A man, who was born and raised in Eastern Ontario, Canada, in a small town, he decided to try his hand at creative novel writing. Turned out, he loved it and kept writing to improve his craft and is now the writer he is today.

Currently living in Southern Ontario with his wife and four kids, he enjoys long walks, time with his family and lazy afternoons getting caught up on television. He loves playing with computers and is the household personal IT technician. When he goes out, you can find him exploring the different restaurants his city has to offer and driving in the country side. He is always looking for new places to be the basis of his books. He photographs abandoned buildings and unique parts of town in order to create a sense of realism in his books.