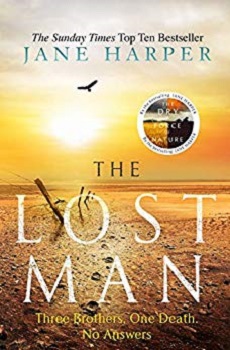 He had started to remove his clothes as logic had deserted him, and his skin was cracked. Whatever had been going through Cameron’s mind when he was alive, he didn’t look peaceful in death.

Two brothers meet at the remote border of their vast cattle properties under the unrelenting sun of the outback. In an isolated part of Australia, they are each other’s nearest neighbour, their homes hours apart.

They are at the stockman’s grave, a landmark so old that no one can remember who is buried there. But today, the scant shadow it casts was the last hope for their middle brother, Cameron. The Bright family’s quiet existence is thrown into grief and anguish.

Something had been troubling Cameron. Did he choose to walk to his death? Because if he didn’t, the isolation of the outback leaves few suspects…

In the vast Australian outback stands a lonely grave known locally as ‘The Stockman’s Grave’. It has stood alone for over 100 years, until now. Cameron Bright lies dead at the side of it, seemingly killed by the heat and from dehydration. His car is a few kilometers away hidden from plain sight and fully stocked with food and drink and a working engine and radio.

His body is discovered by a helicopter pilot passing overhead and the police, local medic and his brothers have been called to the site. Bub and Nathan, plus Nathan’s son Xander arrive at the grave just ahead of the solo police officer and local medic. None can understand why Cameron would be at the grave and none can figure out why he would leave his working car full of water and food and wander off to his ultimate death.

This is the third Jane Harper novel I have read and whilst the first two involved Federal Police Agent Aaron Falks, I was expecting this one to do too, but alas he does not feature in this book. This is more of a family saga surrounding the mystery of why a man brought up in the outback, who ran a cattle farm and who knew the dangers of being out during the day, especially without water, would walk to his own death.

Told through the eyes of Cameron’s older brother Nathan the book moves back and forward in time as Nathan captures the present whilst having flashbacks to the past that would appear at random times but brought the family and their story to life.

As the book progressed I started to get a sense of unease with certain people and wondered if they had a part to play in Cameron’s death but the truth about what actually happened to him wasn’t revealed until right near the end, by then I’d put two and two together about Cameron as a person, but not the actual events.

This is a book looking at the family as a whole, from Cameron’s widowed mum Liz to a man they grew up with who they called Uncle Harry. There is also Cameron’s wife Ilse and their young two daughters, as well as two backpackers who have been paid to help out on the farm and of course Nathan and his son who is home from college for the Christmas period.

The scenery and the brutality of living in such a vast open place were brought to life by Ms. Harper’s superb writing. She also managed to catch the essence of the family just right, especially with all their lies and secrets, yet a bond that ran deep. There were also a few revelations both past and present.

This is a book that you will find yourselves getting involved in the characters lives. It is one that will teach you so much about the inhospitable Australian outback too. I can see this being a favourite with book clubs who will find plenty to analyse between the pages. 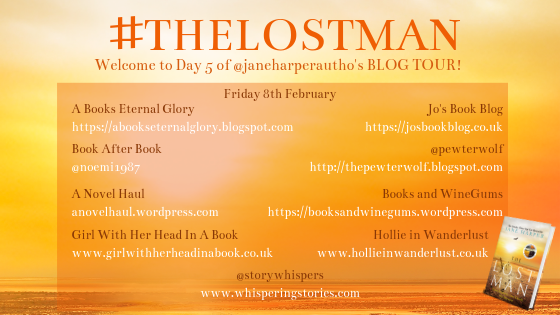