Margaret Drabble gets The Novel Cure by Francesca Baker

Margaret Drabble gets The Novel Cure by Francesca Baker

Folkestone Book Festival is an annual invitation to literary lovers to come to the southern coastal town and celebrate everything about words, and all who write, read, and are entertained and educated by them.

Having grown since its inaugural entrance in 1980, it now attracts big names across authors, politicians, artists, historians, poets and performers, such as Jonathan Coe, Ken Livingstone, Claudia Hammond and the prolific author Margaret Drabble.

Here’s what Margaret had to say when bibliotherapists Susan Elderkin and Ella Berthoud invited her to discuss the books of her life. 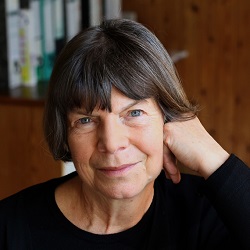 ‘No one who reads could possibly turn out like Trump.’

At least not according to the prolific and talented Dame Margaret Drabble. And, as author of nineteen novels, twice editor of the Oxford Companion of English Literature, married to Michael Holroyd and younger sister of AS Byatt, she knows a thing or two about reading.

So too do her inquisitors, Susan Elderkin and Ella Berthoud, bibliotherapists and here at Folkestone Book Festival to ask Margaret about her reading history, influences, and prescribe some literary cures for any ailments she may be having.

Rather a practical lady, she seems to not have too many worries that might need curing, even with the duo’s hefty and brilliant compendium, The Novel Cure, sitting and waiting to be consulted. She clearly has a real love and affinity for literature, and as a young person fell in love with classics like The Marmalade Cat series by Kathleen Hale and was absorbed in the worlds of local Yorkshire authors the Brontes, but struggles to remember many more.

She wishes she had kept a journal of the books she’d read, but now scribbles voraciously in the margins, and loves to go back and read the annotations, ‘a commentary on one’s life.’ Having always been a ‘big reader’ Margaret says that she only became a ‘circumstantial writer.’ Writing was a convenient career to have around children. Following the adage to ‘write what you know’ her novels are similar to Doris Lessing’s, one of her heroines, in that they are about the subject matter of women’s lives, or as Lessing said of The Needle’s Eye, ‘shabby houses and small children.’

It’s rather lucky that Drabble was so good at the career that she so understatedly describes her entry into. Her latest book, The Dark Flood Rises, is about dealing with ageing, and features a cast of characters who all approach it in different ways. We have Francesca, who keeps busy and tries to delay its occurrence through running, Claude, with a blasé attitude and lazy way of life, and Sir Bennett Carpenter, who continues to sustain a life of ego and wealth. There’s bits of Margaret in all of the characters, and a humorous conclusion – but the conclusion doesn’t mean that she has cracked the whole age, life and death thing. Although she has no worries about death – ‘I worry more about life’ – she does still have the same struggles and torments existence. Her biggest and most consistent issue is ‘what to have for dinner tomorrow’ and not getting bored at parties.

For the latter issue, Susan and Ella suggest that she reads Room by Emma Donoghue, which will at least make her appreciate human and physical world interaction. As a parallel to the theme of ageing and making peace with life, they suggest Tuck Everlasting by Natalie Babbitt, and Ovid’s Metamorphoses. However, Margaret has made her peace. Even with the Trump debacle. She won’t be writing about that anytime soon.

‘I write from the point of view of eternity, not the next terrible ten years.’

On which note our window into a bibliotherapy session and the inside world of Margaret Drabble ends, and the audience sighs – but at least we’ve always got our books to cure us.