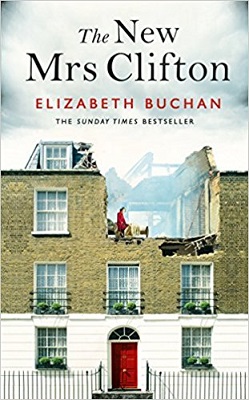 At the close of the Second World War, Intelligence Officer Gus Clifton returns to London. On his arm is Krista, the German wife he married secretly in Berlin.

For his sisters, this broken woman is nothing more than the enemy. For Nella, Gus’s loyal fiancée, it is a terrible betrayal.

These three friends wonder what hold Krista has over decent, honourable Gus. And, they ask themselves, how far will they have to go to permanently get her out of their home, their future, their England?

Gus Clifton had been working in Germany for the British Government during WWII. The war is now over and he has returned to the home he shares with his sisters, widower Julia, and carefree Tilly.

Gus is not alone though, he has returned with his new wife, Krista, a German National, leaving a furious and devastated fiancee, Nella, who had been waiting for him to return so they could marry.

The war may be over, but the people of Britain are not yet ready to welcome a Germany into their country. Is there more to this marriage than meets the eye, especially when they don’t seem to be madly in love?

The New Mrs Clifton, is a historical fiction novel set in the aftermaths of WWII. Bombed remains are everywhere, rationing is still in place, and most of the British have pure hatred towards the Germans.

The meticulous attention to every little detail from that period shows just how hard the author spent researching, and the passion that she put into this beautiful story.

I found all the characters likeable. They all had their own reasons for behaving the way they did. Whether I agreed with their actions or not, I could certainly emphasise with them. This was a very different time and place to modern society. A time when the country was in ruins, thousands were dead, and emotions ran high.

Shrouded in mystery, this book is gripping, albeit a slow read. I found the chapters rather too long, but this did mean that I kept on reading for longer, as I like to finish a chapter before putting the book down.

The story opens in the present day with the discovery of a woman’s body in a garden, a body that looks like it has been there since the late 1940’s. I found myself eager to know who was killed, and why. Plus, I needed to know if Gus and Krista’s marriage was one of love, or was there more to it.

A wonderful emotional story that takes you back in time. I was absorbed from the beginning into this complex plot that ended with a dramatic climax, one that I certainly didn’t see coming. A 2017 must read.

Elizabeth Buchan began her career as a blurb writer at Penguin Books after graduating from the University of Kent with a double degree in English and History. She moved on to become a fiction editor at Random House before leaving to write full time.

Her novels include the prizewinning Consider the Lily – reviewed in the Independent as ‘a gorgeously well written tale: funny, sad and sophisticated’. A subsequent novel, Revenge of the Middle-Aged Woman became an international bestseller and was made into a CBS Primetime Drama. Later novels included The Second Wife, Separate Beds and Daughters. Her latest, I Can’t Begin to Tell You, a story of resistance in wartime Denmark, was published by Penguin in August 2014.

Elizabeth Buchan’s short stories are broadcast on BBC Radio 4 and published in magazines. She reviews for the Sunday Times and the Daily Mail, and has chaired the Betty Trask and Desmond Elliot literary prizes, and also been a judge for the Whitbread First Novel Award and for 2014 Costa Novel Award. She is a patron of the Guildford Book Festival and of The National Academy of Writing, and sits on the author committee for The Reading Agency. 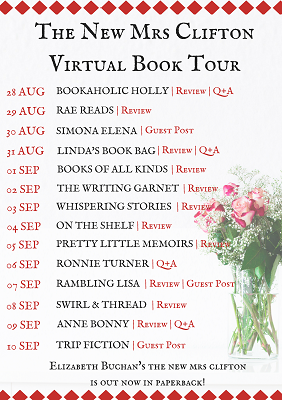