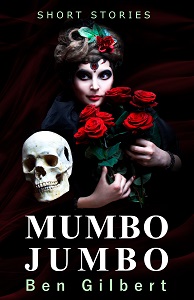 A diverse collection of dark stories and travel journals.

If you enjoy reading about weird experiences and eccentric perceptions, then Mumbo Jumbo is for you!

“Cold crystal particles beautifully shaped and delicately formed into the soft snow or harsh ice of hiking and climbing. This is what the word crystal conjures for me.
For others it may be a cure in crystal healing, the devil calling in crystal meth, an expensive cut glass thing or just a pretty stone. Once I even knew a girl called Crystal who had the magic of a piece of crystal rock.

Berlin. November 9th 2014. The bar was dimly lit, in fact from the outside it barely looked open….” Crystal Night.

“The ceremony was repeated the next night, but this time Miguel bypassed the ritual and clothing and went straight to the point. There were only about six people in the tipi besides Miguel and Fish, and Miguel seemed animated, immediately dishing out the ayahuasca after the tobacco splutter. For some reason he gave me a glass, like a whisky glass but without the shot or two. It was a full glass, I heard him tell Fish in Spanish that it was really strong and Fish physically tried to stop him from giving it to me. Miguel shrugged him off.

I ended up drinking the lot. Nothing could have prepared me for what happened next…” Mumbo Jumbo

Ben Gilbert’s ‘Mumbo Jumbo’ is a collection of dark stories, and travelogues. I was very excited to read this book when I read the description. It seemed like a grown up version of Ruskin Bond’s short stories and I was thrilled to get started.

Unfortunately, this failed to hold my attention at all. Maybe I would have liked it better had I read one story at a time and over a longer period, rather than having read all the stories one after the other. Perhaps it was too much for me to take in.

Firstly, this isn’t dark in the traditional sense of the term. Of all the stories I read I only like two, and one of those was so long that I lost interest in the middle.

What Ben Gilbert excels at is writing. The prose was precise and maybe would be great for a non fiction or an biography sort of style.

I expected more flair for this genre, which was lacking. But I could picture the situations perfectly, the landscapes were described to perfection, and so were the characters. Something, though is missing, because while everything was clear in my mind, no confusions, I still didn’t care about what happened to these people. And I really didn’t feel like picking it back up again once I put it down.

This isn’t to say that the book isn’t good. It just wasn’t for me. I expected something different and if I had known what the book was all about I wouldn’t have picked it up initially.

Warning, this contains mild incest, long experiences with drugs and maybe black magic and possession. The second and third I expected, the first I did not.

Being from India, these stories about drugs and eating random plants to achieve a high while performing a “religious” ceremony are things I hear very often about. Especially from tourists at the more popular destinations. So maybe that is why this didn’t work for me. It was just a done and dusted topic that I slogged through.

I would suggest this book for those who are new to stories like these. You will have the shock element that the author tries to create and enjoy the book a lot more than I did.

Ben Gilbert is an explorer, outdoor guide, life coach and writer. Founder of The Blue Space Guides’ Co-operative – and a Fellow of the Royal Geographical Society