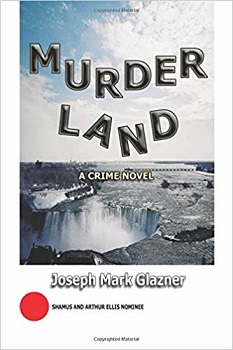 WILL HARRY HOLIDAY BE LUCKY ENOUGH TO GET AWAY WITH THE PERFECT MURDER?

Like many of us, Harry has been angry enough at times to think about killing someone.

But like most of us, his thoughts were fleeting. The fear of getting caught and his better self always won out.

Now, Harry Holiday’s better self lies in ruins. His world is crumbling around him.

Someone tried to murder Harry’s father six months ago and left Dad in a coma. Someone is trying to steal what’s left of the family fortune. Some people very close to him would like to see Harry dead, and they have no scruples about killing him.

Harry, a young, likable but out-of-control wheeler-dealer, is so desperate that pulling off the perfect murder seems like his only way out.

Can his harebrained scheme actually work? Will he go through with it? Will it save him and the once-famous, now-rundown family business—MurderLand—a museum of gangland and murder-related memorabilia?

Or will all his carefully laid plans get wrecked as he stumbles into the middle of another crime in progress…AND accidentally begins to uncover shocking new evidence in the basement of MurderLand that may tie together the building’s past, the plot to assassinate a president, and Harry’s own growing urge to kill.

Harry Holiday’s father was nearly killed in an accident six months ago. Since then, Harry has to take care of MurderLand, a museum in the Casino district of Niagara Falls. Situated near one of the most famous attractions of the US and Canada. MurderLand was once a popular museum and visited by uncountable tourists over the years, now, the famous years are over and Harry is busy trying to save what is left of his father’s beloved museum by selling relics hidden in the basement and searching for ways to make the place become a tourist attraction again.

Besides the troubles with the museum Harry’s stepmother, together with her lover, who happens to be the family lawyer, is determined to take the whole heritage of her husband and let Harry lose everything his father built. In addition to that, Harry owes loan sharks money and his love-interest is into the family lawyer too. Finding himself in such a hopeless situation makes Harry think a lot about the benefits of murder and how it could solve all his problems in one go.

I very much liked how the author played with anti-hero Harry Holiday and his life-story of a former successful business man who ended up broke more than one time. But he always stood back up again. Now, due to the circumstances, Harry is desperate but somehow I felt like he could make it again any minute of the book. I never knew what would happen next and I like an unpredictable story and character.

It took me some time to find into the story but the likeable character of Harry made me want to know how he would deal with all his troubles and if he would find a way out. I was sure it would be an unpredictable one. You’ll need to read it yourself to see if I was right. 😉

The book is about 320 pages long and a fast read, although I honestly skipped through some of them because I am impatient when it comes to descriptions of surroundings and backgrounds which is why I tend to over read them when I find them not essential for the plot. Anyway, all in all I call it a solid read with an entertaining story and an appealing anti-hero.

Joseph Mark Glazner is also the author of five crime novels written under his own name, including Smart Money Doesn’t Sing or Dance, and two crime novels under his pen name Joseph Louis, including the Shamus and Arthur Ellis nominated Madelaine.

He is also a co-writer of the cult science fiction feature film The Shape of Things to Come. His by-lined and ghost-written articles have appeared in such diverse newspapers and periodicals as Executive, The Globe and Mail, Toronto Star, Sunday Express (Montreal), Omni, Cavalier, The Five Cent Review, and Midnight.

Glazner had also run a think tank and provided communications advice to governments and corporations in Canada, United States, and the Bahamas. 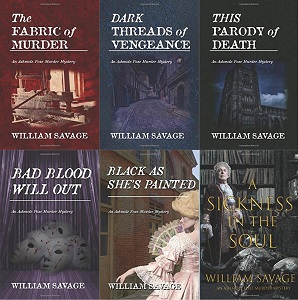 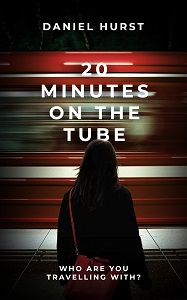