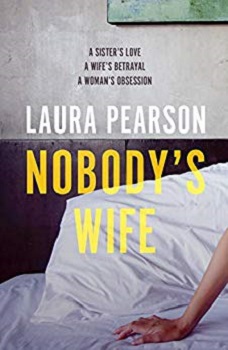 ‘Of the four of them, only three remained. And there was no going backwards from there.’

Emily and Josephine have always shared everything. They’re sisters, flatmates, and best friends. It’s the two of them against the world.

When Emily has the perfect wedding, and Josephine finds the perfect man, they know things will change forever. But nothing can prepare them for what, or who, one of them is willing to give up for love.

From the best-selling author of Missing Pieces comes a heart-wrenching story about family, loyalty, and obsession that will have you racing to the finish.

Emily and Josephine are not only sisters they are best friends too. They’ve had to rely on and support one another since their mum moved to Australia a few years back and they had no father in the picture.

The sisters lived together with Michael, Emily’s fiancee, although he becomes her husband at the start of the book. After their marriage and honeymoon, Emily and Michael move into Emily’s old family home that had been left to the girls.

Josephine isn’t sure what she feels about Emily and Michael moving on without her but soon find a new man for herself, Jack, who quickly becomes friends with Emily and Michael. The four soon become inseparable.

However ultimate betrayal and secrets are destined to rip the group apart, forever.

I enjoyed Laura Pearson’s first book, Missing Pieces, this book though I had mixed feelings about. I enjoyed the plot and the writing kept me intrigued and always guessing what was coming next. I even read it in just two sittings. I just didn’t fully like the characters.

Michael annoyed the hell out of me. He was too needy and too lovey-dovey – This was a couple who had been together for years and yes they might have just gotten married but he was sickening sometimes with the way he thought about his wife. Such as he was jealous on his wedding day as she was looking at her sister when he was making a speech and not at him.

Emily knew she loved Michael but had big doubts about marrying him. It felt like she was going along with it all as she had nothing better going on in her life and didn’t know how to get out of the situation she’d gotten into.

Josephine sometimes felt like a spoilt brat in that she often thought about how she felt about what others were doing, how their situation would affect her.

Jack was a strange character. Conniving, completely weird, secretive and wasn’t bothered about hurting others to get what he wanted.

However, this strange and annoying mix of characters worked in the situation that Ms. Pearson had created. Would a likeable character of been so convincing in dealing with ultimate betrayals? Doubtful.

The book is raw, emotional, and completely enticing and makes you keep on reading with a desire to know what will happen next and which secret will be outed. I might not have liked the characters but I feel the book worked better this way.

Laura Pearson has an MA in Creative Writing from the University of Chichester. She spent a decade living in London and working as a copywriter and editor for QVC, Expedia, Net a Porter, EE, and The Ministry of Justice.

Now, she lives in Leicestershire, where she writes novels, blogs about her experience of breast cancer (www.breastcancerandbaby.com), runs The Motherload Book Club, and tries to work out how to raise her two children. 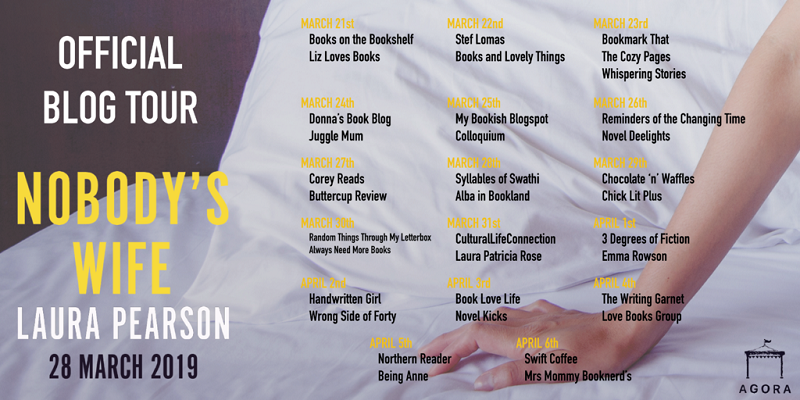