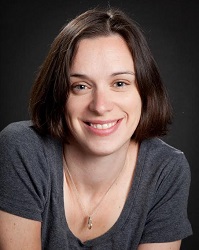 Kate is the USA Today-bestselling author of over 40 books of women’s fiction and romance. She is the author of the Hartley-by-the-Sea series, set in England’s Lake District and published by Penguin. She is also, under the name Katharine Swartz, the author of the Tales from Goswell books, a series of time-slip novels set in the village of Goswell. Other series include the Emigrants Trilogy, the Amherst Island Trilogy, and the Falling For The Freemans series.

Having lived in both New York City and a tiny village on the windswept northwest coast of England, she now resides in the English Cotswolds with her husband, five children, and an overly affectionate Golden Retriever.

Now and Then Friends: Writing A Village

Now and Then Friends is the second book in my Hartley-by-the-Sea series, and it was a lot of fun to revisit the village and all of its colourful characters.

Writing a series set in the same place can be a bit of a memory exercise, as it is, of course important to be consistent with characters—their names, ages, life situations—as well as with places. More than once I’d had to flip through the first book, Rainy Day Sisters, to remind myself of some small detail that a reader will no doubt recall, such as what day Andrea takes her daughter for art therapy, or what kind of dog Peter Lanford has—and what kind of personality the dog has!

But the truly lovely thing about writing a series is that the characters and village are always expanding and changing. Someone who is on the fringes in the first book can become a main character in the third book, such as the case with the café owner, Abby Rhodes, and an issue I hinted at can become a major conflict.

The village itself is changing too—the post office has improved, the café is being renovated, and people are moving houses. It’s been fun to let the village be a character in itself in that way, and I’m excited to see what happens in future books! 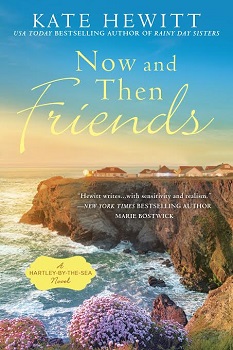 Childhood best friends Rachel Campbell and Claire West have not only grown up, but after fifteen years, they’ve also grown apart…

After her father left, Rachel had to dedicate her life to managing her household: her two younger sisters, her disabled mother, and her three-year-old nephew. When Rachel’s not struggling to look after all of them, she makes her living cleaning the houses of wealthy families—inclulding the Wests, where a surprise now awaits her. . . .

A lifetime of drifting in other people’s currents has finally left Claire high and dry. First it was her parents, then the popular crowd in school, and finally her fiancé. Now she’s returned to Hartley-by-the-Sea to recover. But running into Rachel brings back memories of past mistakes, and Claire wonders if she now has the courage to make them right.

Soon Claire’s brother, Andrew, asks Rachel to keep an eye on Claire, which is the last thing either woman wants. But as their lives threaten to fall apart, both Claire and Rachel begin to realise what they need most is a friend. The kind of friend they once were to each other, and perhaps can be again. . . .