What would you do if everything you thought to be true in your life were a lie?

Sixteen-year-old Angel Seriki is forced to face overwhelming truths about her so-called ordinary family when she meets Zander Black; a new student to her high school who is smart, charming and devastatingly beautiful. The revelations he uncovers to her about a danger that threatens to resurface from a past she never knew was her own, changes everything. Life as she knows it will never be the same again.

In order to keep her family safe she has no choice but to trust Zander, despite his connection to her enemy. He’s the only resource she has if she ever expects to understand the true reality of who and what she is. However, things become complicated when neither can ignore the magnetic energy between them.

As their relationship and feelings deepen, so do the risks involved. She must now accept her fate, even if that means giving up everything she knows, including being human.

This is not a book that I would have chosen myself, but because I currently have restricted access to broadband I asked Whispering Stories to send something at random and Truth was one of the books that I received.

Out of choice, I do not read Paranormal, Romance or Teenage books so why was I captured by this book that has all those elements and was told in the first person by a sixteen year old schoolgirl? The answer is simple. The story zipped along, it was very easy to read and it was well written. Because of the Intro chapter, we had the advantage of knowing more than the narrator so to some extent we knew where the base story and the romance were heading but there was still a lot of entertainment along the way.

The book is published by Oleah Publishing which suggests that it is self-published. If so, then Michelle and her proof readers are to be congratulated because there are hardly any grammatical or typographical errors. The only exception appeared to be the use of an apostrophe every time the plural of Oleah was used, but maybe in Oleahan written language it is correct!

The book is the first in a series and I can see that a second book Oleah Chronicles: Justice has already been published. At the end of Truth the story is still very much open and while it ends at a pivotal moment in Angel’s life there are many threads still hanging, some of which are added to in the preview chapter for Oleah Chronicles: Justice which was at the end of my copy of Truth.

Because I have read so little in this genre, it is difficult for me to compare it to its competition in the current market place, but although I do not fit the target audience, I enjoyed it and I cannot see why a younger audience should not give it a try. After all, Amazon will put it on your Kindle for just 99p and it will take just a few hours to read.

I have awarded the book four stars. 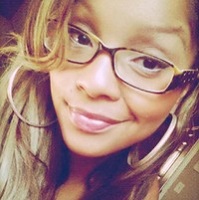 Throughout my childhood I was always told I had a very creative imagination. I was drawn to stories of mythical creatures and all things that would usually give my peers the heebie geebies. Shows like Tales from the Crypt Keeper and Buffy the Vampire Slayer were among some of my favourites.

I developed a strong passion for design and illustration, drawing the ideas that arose in my head and finding great excitement in bringing them to life. This led me to pursue a career in graphic design and marketing so that I could always use my creativity to the fullest.

I have always loved reading and the way a compelling story would allow my mind to absorb its detailed imagery. I began to use writing as a tool to bring my creative thoughts to fruition one day, which has brought me to this moment.

I’m a romantic at heart and a sucker for stories about true love which is reflected in my writing and helped bring the Oleah Chronicles to life. I hope you enjoy my first book and through it you experience the eccentric vision that began in my mind so long ago.