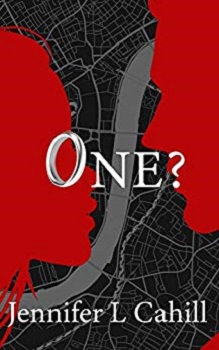 It’s London in the mid-noughties before Facebook, iPhones and ubiquitous wifi, and One? follows the highs and lows of a group of twenty-somethings living in leafy SW4.

Zara has just moved to London for her first real job and struggles to find her feet in a big city with no instruction manual.

Penelope works night and day in an investment bank with little or no time for love. At 28 she is positively ancient as far as her mother is concerned and the pressure is on for her to settle down as the big 3-0 is looming.

Charlie spends night and day with his band who are constantly teetering on the verge of greatness.

Richard has relocated to London from his castle in Scotland in search of the one, and Alyx is barely in one place long enough to hold down a relationship let alone think about the future.

Penelope, Charlie, and Zara are all in their twenties and are flatmates living in London above a pub. Penelope and Charlie first became friends whilst at university but when Charlie dropped out they lost touch, that was until a chance encounter on a stuck train.

The two reconnect and then with both needing somewhere to live they join forces and move in together. On returning with their items to their new rental property they found a woman already inside unpacking her things. Zara had been offered the flat too. Luckily for them, the place had four bedrooms and they were going to get more flatmates so it saved them the bother.

Penelope is a successful banker with a mother who has high expectations of her daughter, especially as she is nearing thirty and yet to settle down. She is confident, looks good and never short of a man or two but are they long-term material?

Charlie is a struggling musician in a rock bank. Music is his passion – and reason for dropping out of university, he also likes the ladies that crave after him. Zara is a quiet young woman who has moved to the capital from a small welsh town to work for an agency. She doesn’t know the place nor anyone in it and though she craves for home she also wants to make it in the capital.

Set during the early 2000s this book is about these people learning to grown into their adult life and the pleasure and pain that goes alongside it, and dating.

The book began in 1979 with Penelope as a child and then moved forward to 2000s. There are plenty of references to the early 2000s such a music, films and TV programmes that it’s hard not to feel nostalgic whilst reading.

The chapters all have fun titles which give you a hint as to what you are about to encounter in each. The pace is good and the story ebbed and flowed in my interest, some chapters I flew through and enjoyed, others I did find a bit of a chore, partly because I couldn’t warm to Penelope. She was someone who tried to hide her real self from others making herself less posh and greedy – such as hiding the fact of how many pairs of shoes she had. Yet at other times she tried to up herself. She was someone I really wouldn’t have been able to take to in real life.

My only other little niggle is, there is a lot of ‘thoughts’ in this book. As the author has written passages about what each of them is thinking throughout. This became a distraction after a while and I began skipping over these sections. Whilst this might work for some readers for me it didn’t.

The book is humorous in places and did make me smile a lot. If you are after an easy laid back read that will have you reminiscing over the past then this is your book. It will also show you how you went about finding the ‘One’ back in the early 2000s! Great work Jennifer L Cahill.

I moved to London just after graduating from business school and life has never been quite the same for me since. I still think it is the most amazing city in the world.

I write contemporary fiction and try to capture the essence of a place and time in my books. Above all my aim is to make you laugh and hopefully learn a little, as you recognise yourself, your friends and your exes in my books.