The Order of Actaeon by Tam May – Release Day

The Order of Actaeon by Tam May – Release Day 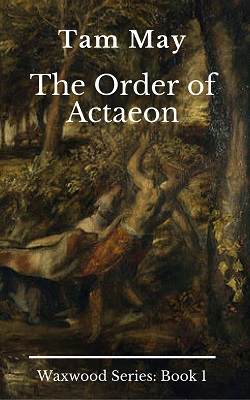 Jake is heir to the fortune and name of the prominent San Francisco Alderdice family. Although dearly loved by his sister Vivian, his passion for art and his contemplative temperament make him a pariah in the eyes of his bitter, tyrannical mother Larissa.

Eight months after his grandfather dies, Larissa announces the family is going to Waxwood, an exclusive resort town in Northern California, for the summer. At first, Jake’s life seems as aimless in Waxwood as it was in the city. Then Jake meets Stevens. With paternal authority and an obsession for power and leadership, Stevens is the epitome of Larissa’s idea of a family patriarch.

Jake develops a hero worship for Stevens who in turn is intrigued by Jake’s artistic talent and philosophical nature. Stevens introduces him to the Order Of Actaeon, a group of misanthropes who reject commercial and conventional luxuries for a “pure” life in the wild.

But behind the potent charms of his new friend and seductive simplicity of the Actaeon lifestyle lies something more brutal and sinister than Jake could have anticipated.

Tam May was born in Israel but grew up in the United States. She earned her B.A. and M.A in English and worked as an English college instructor and EFL (English as a Foreign Language) teacher before she became a full-time writer. She started writing when she was fourteen and writing became her voice.  She writes psychological fiction, exploring characters’ emotional realities as informed by their past experiences and dreams, feelings, fantasies, nightmares, imagination, and self-reflection.

Her first work, a short story collection titled Gnarled Bones And Other Stories was published in 2017 and was nominated for a Summer Indie Book Award. She is currently working on a family drama series, The Waxwood Series. Set in a Northern California resort town, the series explores the crumbling relationships among the wealthy San Francisco Alderdice family. Book 1, The Order of Actaeon, is out now. In the book, the Alderdice son and heir falls into the hands of a charismatic older man obsessed with power and leadership during a summer in the resort town of Waxwood, California. The second book, The Claustrophobic Heart, brings in Gena Flax, a young woman who must cope with her aunt’s mental deterioration during a summer vacation in Waxwood. In the last book of the series, Dandelion Children, Daisy, the daughter of the Alderdice family is drawn into the disturbed life of the man who ruined her brother one rainy summer in Waxwood.

She is also working on a psychological women’s fiction book titled House of Masks about a woman mourning the death of her father who is drawn into the lives of her eccentric and embittered neighbors.

She lives in Texas but calls San Francisco and the Bay Area home. When she’s not writing, she’s reading classic literature and watching classic films. 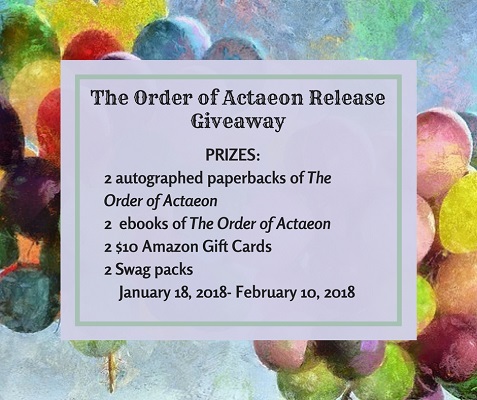 Tam May is giving away 2 autographed paperbacks and 2 ebooks of The Order of Actaeon, 2 $10 Amazon gift cards, and 2 swag packs. The Rafflecopter giveaway ends on February 10 and is open to everyone.