Christadelphians, the Kindertransport, and Rescue from the Holocaust by Jason Hensley – Guest Post

Christadelphians, the Kindertransport, and Rescue from the Holocaust by Jason Hensley – Guest Post 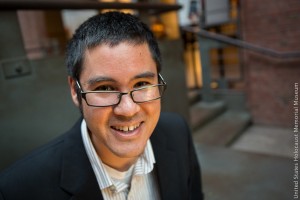 Jason Hensley, M.Ed, is the principal of a small private school in California. At school, he teaches religious studies and a senior-level course on Christianity and the Holocaust. The material for this book has served as the backbone for the curriculum in the latter course. He frequently lectures on this and related topics throughout North America.

Have you ever experienced a series of coincidences that simply blew you away? Or you have ever stepped back and looked at a long string of events and marvelled at the way in which everything came together?

The research for ‘Part of the Family – Christadelphians, the Kindertransport, and Rescue from the Holocaust’ has been just that type of experience. Though this book is a historical account of the way in which over 250 Jewish children were welcomed into Christadelphian homes and hostels as they fled from Nazi-occupied Europe, and though research into history rarely falls into place quickly, Part of the Family’s story is a bit of an outlier.

In 2014, I was invited by a friend to attend the Belfer Conference for Educators at the United States Holocaust Memorial and Museum in Washington D.C. The conference took place in July 2015, and was focused on how to teach about the Holocaust. One of the themes that it emphasised was the importance of individual stories––sometimes the stories get lost in the midst of the statistics. The Holocaust wasn’t simply the death of 6 million, it was the death of 6 million individuals––individuals who were fathers, mothers, brothers, and sisters. Each of them has a unique story, and those stories should not be forgotten. 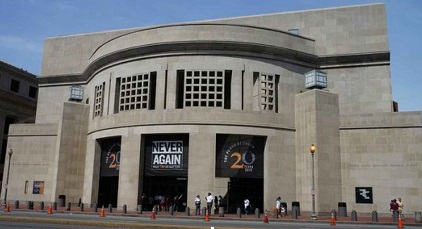 With that emphasis in mind, and growing up as a Christadelphian––a small Christian denomination with an emphasis on the promises made to Abraham, and thus an affinity toward the Jews––I began to wonder if there were any Holocaust stories and experiences that somehow connected with the Christadelphians in the United Kingdom. At the time of the conference, I did a Google search, found out that Christadelphians had helped to house a few Jewish children during World War 2 as part of the Kindertransport movement, and then, since there were very few search results, thought that there was not much more to be found out about the subject. 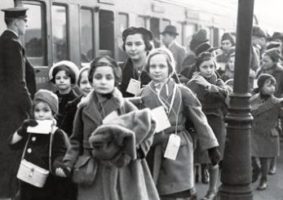 Though an interesting chain of events, I stayed in contact with some of the instructors from the Belfer Conference––and in an email in December 2015, I mentioned that I would love to somehow get in contact with some of the Jewish children whose lives had been spared by escaping Germany on the Kindertransport and living with Christadelphians. From the initial Google search that I had done, I had the name of one individual.

The instructor suggested something that I had never considered: to check the white pages! Essentially, she suggested that I simply start cold-calling individuals––a thought which I did not relish at all.

So, for a month, I put the idea aside. Finally, in January, 2016, I summoned the courage to call, and, though there were numerous entries for the name, I chose one that I thought might be correct and left a message along these lines: “Hi, my name is Jason Hensley, and I am a Christadelphian. I think that perhaps you came to England on the Kindertransport and may have lived with Christadelphians in the 1930s and 1940s. If you did, I would love to hear more about your story. Please call me back.”

Amazingly, I received a call that evening saying that indeed, this individual knew of the Christadelphians, and they would be happy for me to interview them.

From that point, I made contact with the family that this survivor had lived with in England––although the family now lives in Australia. That family then pointed me towards three other survivors whom they knew about, and the project simply took off. Thousands of emails have been exchanged, letter after letter has been written, and dozens of international phone calls have been taken place. I’ve called England, Canada, Australia, Israel, Spain, and Sweden (and sometimes forgotten about the time difference––oops!).

Again, illustrative of the way in which so many pieces fell into place, at one point, on February 4, 2016, I interviewed a former refugee, named Charles, about his experiences. That very night, I independently stumbled across a letter written about him in 1939 (that he was unaware of!). Then, two days later, I received quite an unexpected email: it was from a Christadelphian in England named Simon. Simon had found a home movie that his father had made in 1939––and the movie involved footage of two Jewish refugees, whom Simon did not recognize, or even know if they were still alive. He thought that perhaps I would be interested to know about the film. As I heard more details about the film, it suddenly came together who these refugees were: they were Charles and his sister––and I had just spoken to Charles two days prior. Indeed he was alive, and through this connection, the two families were reunited. As things turn out, the story, and its amazing coincidences, was documented by the BBC in a radio broadcast this last April: The Mystery of the Unknown Children

Truly, this has all been quite an experience, and everything has come together amazingly quickly––from that first phone call in January to a book being published this last May. All in all, the Christadelphians housed over 250 Jewish children. I’ve been able to locate at least 35 of them. Part of the Family – Christadelphians, the Kindertransport, and Rescue from the Holocaust, Volume 1 shares the detailed stories of 10 of them.

With two of these refugees, we’ve been privileged enough to make short video interviews that give a brief glimpse into their story:

Mrs. Ursula Meyer lived with the Sawyer family near Birmingham, England. We’ve had the pleasure of meeting her and recording her testimony.

Mrs. Rella Adler was gracious enough to tell us about her experiences with Philip and Lilian Adams, a Christadelphian couple from Sheffield.

These stories should never be forgotten. Indeed, they should be passed on from generation to generation so that the kindness of one Christian group towards the Jewish people, in the time when much of the world sought to close its eyes, should be understood, acknowledged, and emulated in the years to come. 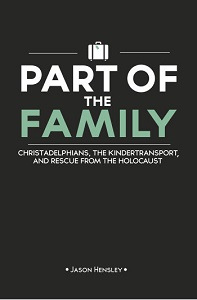 In 1938 and 1939, the Kindertransport occurred––a movement to bring thousands of Jewish children out of Nazi occupied territories to safety in Great Britain. These children came without their parents, almost always without a knowledge of English, and also little experience with English culture.

So often the Holocaust is considered in terms of statistics––how many perished and how many were affected. Yet it is often the individual stories that provide the most powerful human connection and the opportunity to learn. Rather than focus on the statistics, this series examines the experiences of these people, who came to England as children, and lived with Christadelphians.

Ten of the former Jewish refugees, and their families, were contacted and collaborated in this effort to bring about this first volume. These are their stories.