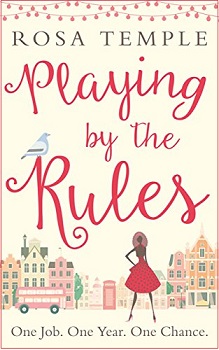 On the 3rd of August, I died. Well, not literally, but it felt like my life was over. Melodramatic? Me? Just a teensy bit…

When workshy socialite Magenta Bright learns that inheritance comes with one horrific condition, she mentally kisses goodbye to the money. Get a job and keep it for a year? Not likely.

Naïve CEO Anthony Shearman is persuaded to hire her as his PA, and Magenta decides to stick it out, if only because of her sexy boss. But between the bitchy receptionist, Anthony’s beautiful fiancée and not having a clue how to be a career girl, Magenta barely makes it to the end of her first day.

At 28 years old, Magenta Bright has never lasted more than a few days in a job. She has been spoilt by her wealthy family, not helped by being the youngest of four girls. She would rather spend her life living the show business lifestyle than spend a day working.

When her Nana Clementine passes away, all four girls are set to gain an inheritance of £250,000 each. Sisters Indigo, Amber and Ebony are all able to have their money immediately. Magenta on the other hand has to work for her money; literally!

Her Nana added a proviso to the inheritance. She could only have it once she had worked for one full year, for the same employer, or when she turns 45, which ever came first. For Magenta this is the worse thing ever. But she needs the money, so that means she must find a job.

Having recently taken over from his father in the company business, Anthony Shearman needs a PA – Step forward Magenta. But can she last 365 continuous days in employment, when the company secretary hates her, her boss doesn’t have a clue what he is doing, and the business is losing money?

I’ve read a few of Ms. Temples books, and have enjoyed each of them, so I was happy to take on another of her books. I would say ‘Playing by the Rules’ is her best work to date.

Magenta starts off as this spoilt brat. She acts like a child, and throws hissy-fits if she doesn’t get her own way. Her sisters are successful business women, with two of them running the families lingerie company, and the other a buyer for Harrods. But although she started out as a pain-in-the-rear woman, she is still very likeable.

Anthony Shearman is the sex appeal in the book, but he starts off as a clueless guy, who quite honestly came over a bit thick, and looked like he might end up running his company into the ground with his lack of knowledge.

As the story progresses, you see these two change. How Magenta never though she would be any good, and never wanted to work baffled me. She was a natural as a PA, and a businesswoman. She was shrewd, competent and excelled at everything she did.

There were a lot of characters in the book, who all brought their own individuality and importance. I particularly liked Magenta’s best friend, Serbian supermodel, Anya. The only thing that I didn’t like about how Ms. Temple had portrayed her was the way she wrote her speech with ‘Vye not’ instead of ‘why not’, or ‘Vell’ instead of ‘well’. We were told that she was from Serbia, so changing her speech wasn’t necessary.

If you enjoy chick-lit books, but want something a little more gritty and edgy, then Playing by the Rules is the book for you. It has a great plot, fabulous characters, and is superbly written. It will have you laughing at the many hilarious moments, but most of all, it will have you enjoying every minute of it from the first word to the last. 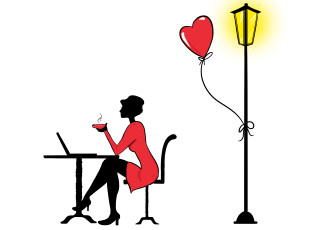