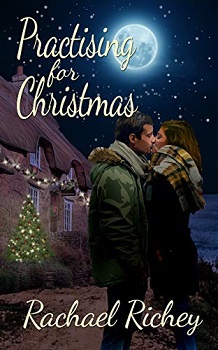 Olivia, her old university friends, and their partners are spending Christmas together in a remote cottage belonging to Olivia’s Aunt. Arriving a couple of days before the others and alone after she catches her now ex-boyfriend Chris, in a compromising situation, Olivia sets off for a walk on the local beach. It’s not long before she comes across a young man who looks dead. She soon realises that he is alive, though unconscious and tries to wake him up.

Adam, the man on the beach, had slipped on the rocks and banged his head. He is grateful for Olivia’s help and even more so when she takes him back to her cottage for him to warm up and rest. Refusing to go to the hospital, Olivia offers him the settee for the night to help him recuperate. Although she’s not quite convinced that he’s not a serial killer!

The next day before Adam gets the chance to leave, one of Olivia’s friends turns up and is shocked to find Adam there, mistaking him for Chris. She tells Adam/Chris that she didn’t believe that Olivia had a fella and thought she was making him up and then was going to pretend they had split. Adam is incensed at her words so pretends to be Chris. Trouble is he now has to stay for Christmas and the two have to put on a very good act. Will anyone realise that the two are not really a couple?

Practising For Christmas is an entertaining and captivating book that I didn’t want to put down once I had started. The characters were perfectly realistic and varied. From Olivia who is very sweet and caring, a proper mother hen, to Adam, Sexy and suave and then there is Sarah, I’m so glad that I don’t have a friend like her. Queen of putting people down, making people feel horrible about themselves, phone addict and self-centred. God, she was annoying.

The main part of the book focused on Olivia and Adam trying to make sure that they were being authentic. I have to say this did irritate me a little, there was too much ‘practicing’ and it wasn’t the fact they were doing it, it was the fact that the word was used over and over, it became a little too repetitive and I did find myself rolling my eyes every time it came up.

The book really came alive for me once Christmas was over and the storyline moved away from the cottage, especially the last section as this was something different and unique to this kind of story.

Overall an enjoyable Christmas book that I didn’t want to end. Yes, it is predictable in parts, but this really doesn’t take anything away from it being a fantastic read. I would love to meet up with Olivia and Adam again and see where the future takes them. 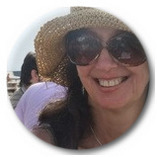 Rachael Richey lives in Cornwall with her husband and children. She writes Women’s Fiction, and Storm Rising is the first book in the NightHawk Series. She has been writing since she was a child, starting with stories about her teddy bears and dolls.

She lived in the Hebrides for nearly fourteen years, having originally gone there to work for the summer season. She met and married her husband David whilst there, and had two children, before moving to Cornwall at the end of 2000.

There are currently four titles in the NightHawk Series; Storm Rising, published in February 2015; Rhythm of Deceit, July 2015, Cobwebs in the Dark, February 2016, and The Girl in the Painting, July 2016.

Breaking All The Rules, a standalone romantic comedy, was released on 5th May, 2017, and Practising for Christmas, a seasonal romcom is due for publication on 12th November, 2018.