I originally reviewed Puzzle Girl in March 2017. It was re-released with a new cover n March 2018. 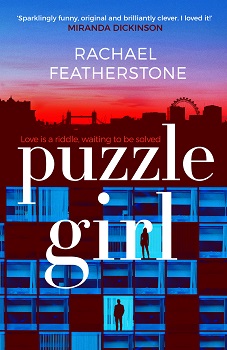 Love is a riddle waiting to be solved…

Clued-up career girl Cassy Brookes has life under control until one disastrous morning changes everything. When she finds herself stuck in a doctor’s surgery, a cryptic message left in a crossword magazine sends her on a search to find the mysterious ‘puzzle-man’ behind it.

Cassy is soon torn between tracking down her elusive dream guy, and outwitting her nightmare workmate, the devious Martin.

Facing a puzzling love-life, will she ever be able to fit the pieces together and discover the truth behind this enigmatic man?

Puzzles obsessed Cassidy Brookes (Cassy), is unlucky in love, and at this moment in time is unlucky in her job too, as her colleague, Martin, suddenly becomes her rival, and he is not playing by all the rules. On the morning of a big meeting, Cassy ends up being run over by a cyclist, and with an ankle she can’t put pressure on, finds herself sat in the doctor’s office.

With nothing else to do she starts flicking through the magazines, until she notices a puzzle book with a ‘make your own crossword’ in it. She can’t help but write her own, with questions such as, ‘The man responsible for putting morons on bikes (7 letters)’ and ‘What Kind of animal dumps his girlfriend and steals her toothpaste (5,5).

After being seen by the doctor, she is told to come back to have her ankle looked at again. Whilst once again sat in the waiting room, she picks up the same puzzle book and is shocked to discover that someone has filled in her crossword, and left more clues. This is the start of her obsession to find the man, hopefully, who is obviously just as much puzzle obsessed as she is, and obviously her ‘Mr Right’.

Puzzle Girl’ is a fun, entertaining read. There is lots going on in the book, from Cassy’s office rivalry for promotion, to her friendship with best friend Dan, and of course her puzzle/man obsession.

Cassy becomes so obsessed with discovering the identity of the man behind the puzzles that it begins to takes over her life. She starts doing things that normal, rational, people wouldn’t do, such as, just how many times can you visit the doctor’s office with made up excuses for being there just so that you can read, and add, more clues to the crossword?

For a debut novelist, Rachael has written a superb book that pulls you into the story, and has you eager to know who the mysterious man is, and will he be the right man for Cassy?

It’s a feel good book, and will put a smile on your face the whole way through. Although Cassy is the protagonist of the story, another character that stood out to me was her friend Dan. He also had a lot of problems in his life that he needed to work through, and you can’t help hoping that everything will come good for him too.

The book is pure chick-Lit, quite cheesy, but will have you laughing, shaking your head, and utterly enthralled from beginning to end. 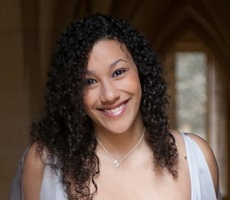 Rachael Featherstone was born and raised in Woodford. Her path to writing was a little unorthodox. After reading Mathematics at Oxford University, New College, Rachael went
to work in research.

When Rachael’s mother was diagnosed with terminal cancer in 2012, Rachael decided to take a chance, quit her job, and fulfill a lifetime ambition to write a novel. She went back to
university and completed a Masters in English Literature and had several short stories published.

Rachael now lives in Hampshire with her husband and daughter