The Queen of Yesterday by Rob Kinsman – Book Review

The Queen of Yesterday by Rob Kinsman – Book Review 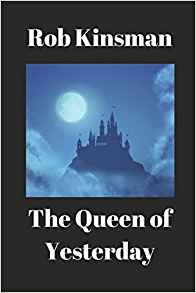 One day everyone in the world has the same dream… except for one woman. The Queen of Yesterday is a dry comedy about the girl who didn’t get invited to the ball. While the rest of the world are dreaming about a magical castle full of wonder and mystery, Zoe Brook finds herself stuck in the same mundane life she has been leading for years.

Her world is defined by a dead-end job, a stubbornly absent love life and a family whose traits she hopes aren’t genetic. Being excluded from an impossible supernatural event is just par for the course these days. Every night the shared dream returns, gradually revealing more secrets of the forgotten kingdom to the enthralled dreamers.

Zoe, for her part, wishes everyone would just stop banging on about it. But when the dream begins to turn into a nightmare, Zoe realises she might just be the luckiest person alive…

Zoe isn’t a particularly pleasant character, she’s named her colleagues unflattering and unnecessarily mean things like Fat Julie and Acne Nigel. She’s lazy and generally obnoxious. She’s bitter about having always felt she doesn’t fit in and takes it out on the people around her.

So when everyone on the planet starts sharing the same dream, apart from Zoe, she has another reason to feel bitter. It takes a little while for her to figure out that it isn’t an entirely bad thing that she isn’t sharing this dream with everyone else, and that just maybe she should start wondering exactly why she’s immune.

The writing style of this book is very informal and very, very British, which I suppose it only to be expected from a writer of some of the staples of British TV! It’s not charming or fantastical, it just… is.

I feel like the end of this novel could have been a bit more dramatic, it was a little bit trite for something that’s been so original up until the last chapter but at the same time, all loose ends were tied up so I shouldn’t complain too much.

If you like your fantasy with a dollop of gritty realism, especially with a protagonist who is a sarcastic d*** on many occasions, this is well worth a go. The combination of real world woes like horrendous neighbours and boring jobs alongside magical dreams is what sets this story apart. 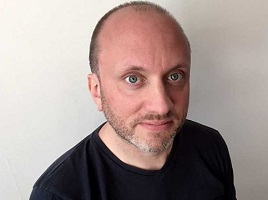 I’m a professional scripwriter based in the UK. I studied the Creative Writing MA at UEA and have over ten years experience writing television shows.

For the past few years I’ve been working on Father Brown, starring Mark Williams, including the award-winning episode The Man in the Shadows.

I’m also the author of comedy novel, The Queen of Yesterday.