Raccoon gets tired of hunting. He decides to steal food from a farm nearby. Bear gets in on the action as does Fox, Badger and Owl. But the farm soon runs out of things to steal.

The rascals learn how much they hurt the farmers and make amends. They choose to work together for their food by building their own farms and trading with each other.

Mr. Raccoon was fed up of eating all the bugs and mushy berries that he found in the forest. One day there was a delicious smell wafting through the trees. Mr. Raccoon soon realised that it was coming from a farm nearby, so he followed his nose.

Once on the farm he saw all the lovely food that it had to offer, so he decided to take some to feed his family. Mrs. Raccoon wasn’t happy, and told him that it was stealing other peoples items, but he didn’t listen.

One night when Mr. Raccoon went to collect the food, there was nothing left. The animals had taken everything, now what would happen to the poor farmer and his family, and how would the animal survive without their nightly feasts?

Rascal Farm is a book that teaches children about the consequences of stealing. It is well written, and the message comes across loud and clear.

It is exquisitely illustrated, and the images really do capture the heart of the story, and the emotions of the animals and people. The animals were not portrayed as the bad guys though, more that they had misjudge their actions. Once they realised what they had done, they tried to make things right again.

At only 40 pages long, this is a quick read. It is also an enjoyable one too. The plot is perfectly executed, and it hooks you in from the start.

A wonderful book with a strong educational message that all children should learn – stealing is wrong. 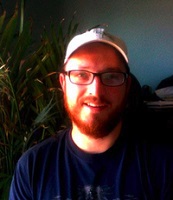 I live in the hot Sonoran Desert among scaled survivors, steely eye hawks and majestic saguaros.

I’m inspired by crowded malls, streams that barely trickle, patches of moss, charred forests, and distant mountain ranges. The clacking of keys can be heard throughout my home late at night and I’m always drawing, inking or painting.