Today on the blog we welcome author Mark Morrison, with his guest post ‘My Raw Thoughts‘. He has also shared with us details of his latest book, ‘TwoSpells’, which was released on 28th February 2018. 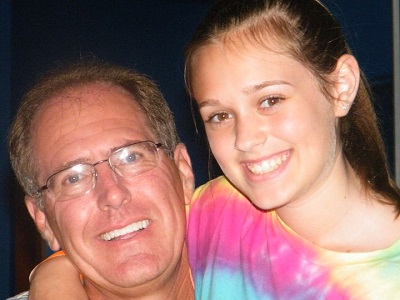 Mark was born number seven of eight children in a small town in Ohio. His family moved to Florida where he grew up, met an incredible women, got married and raised four fantastic children, three boys and a girl.

Many years later an empty nest left him to his true calling, storytelling. His first remarkable story is about a heroin whose courage and unrestrained personality, like his daughters, breathes passion and fervor into this adrenaline packed fantastical story.

Greetings readers, writers, authors, reviewers or anybody who may be a combination thereof, I’m Mark Morrison, first time author of a remarkable fantasy action adventure titled TwoSpells. If all goes as planned I’ll follow with many more outstanding fantasy adventures wrenched from my unlimited mind-bending mass of gray carbon based mush squeezed between my ears.

Being so very new to the writing realm I consider myself a wannabe who’s invading your somewhat intimidating literacy universe. I’m just an average uneducated curmudgeon who enjoys tightrope walking the edge of a million dead empty pages that eagerly await a resuscitating breath of lifesaving words be scribbled in some sort of random manner upon their whiteness.

I’d like to thank my wonderful and gracious host Stacey for allowing me the opportunity to bare my raw thoughts as a guest on her hopefully unfiltered pages. Unfortunately for her, she wasn’t familiar with the inherent hereditary genetic flaw so many folks from Ohio carry, the dreaded run-on mouth! I don’t have the physical ability nor the preemptive cerebral awareness of when to shut up. Can you tell?

I’ll do my best to cast a witty or maybe even endearing assemblage of thoughts your way. And I won’t make any promises so keep your expectations to a minimum please. With that in mind you shouldn’t be disappointed. I haven’t given myself any outrageous expectations as far as writing greatness yet. But I’ll be working hard on raising those considerably in the near future, baby steps you know. The painful fact is, I’m not the smartest in an overflowing litter-box of my relatives.

Now that I’ve mentioned kin folks, I did come from a large family, maybe even considered massive if I calculated the extended growth factor. They’ve expanded veraciously to about sixty-five human beings under my mother and father’s direct lineage. I lost actual count some years ago. Why? Because I’m either dimwitted or bored trying to keep track of the ridiculously vast Morrison clan.

I’m also really shy, except when I’m around people. I can appear outgoing, charming and modestly clever. Otherwise when I’m alone I crawl deep into the relative safety of my personal fantasy world that makes up the fibrous web of my mind’s secret cocoon. However, I love the company of regular folks most of all because I’m definitely blue collar through and through. Most of all I enjoy hearing their fascinating life stories. I’ve found that everyone has at least one they wish to share with the world. It always seems as though their soul searching experiences are much more varied and exceptional than my own boorish ones. Maybe it’s because I’m living my everyday life up close and in my own face that I can’t see the greater forest for the monotonous trees. Was that clever? No! Well, I didn’t think so either.

I started writing more seriously after about the age of fifty. When I say seriously, I mean actually writing my thoughts and ideas down on paper, however crazy or dull they may be. My oldest son, and now mentor and perpetual tutor, advised me to take my compilation of notes and partially written stories and begin forming them into the coherent stories I’d imagined them to be. So here’s my first, TwoSpells. It was born after two and a half tedious years of gestational growth that inevitably culminated into an excruciatingly painful mental labor.

The greatest learning lesson I came away with from this first writing experience was that anybody with half a brain and a whole lot of tenacity can succeed in chasing their dream however old or wild it may seem. I can only hope to live long enough to write all the existing stories I’ve complied and maybe some new ones that may escape my subconsciousness. I only wish I’d gotten some type of formal education rather than relying on pure uneducated street smarts alone.

If I was to be asked to gift you folks one teeny-tiny bit of my vast worldly experience, I’d give this; make a difference in whatever you do.

Thanks for listening to my weird diatribes and bloviating. I hope to pour much more of my youthful soul out in the form of written words for the world to enjoy.

Sarah and her twin brother Jon are heirs to an ancient magical realm and its most valuable treasure: an enchanted library. The library endows readers with the supernatural means of crossing into the uncharted inner sanctum of the second-dimension, inhabited with peculiar and sometimes perilous creatures.

Both children are emboldened with a wondrous, mystical gift that no being has ever possessed before. But fate intervenes and triggers a disastrous war that disrupts the fabric of time and space, spanning multiple universes and tearing destiny a new and savage pathway.

The two must rescue their world from a phantom hybrid alien race controlled by the demented dark wizard, Jeremy Sermack. They’ll either assimilate or be exterminated. Will they be the saviors that the prophets envisioned, or will they retreat to the perceived safety of their distant homeland?