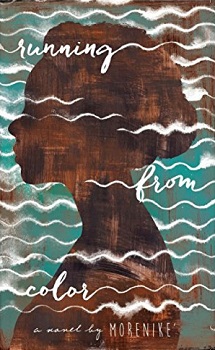 Opening in the 1920s in Sugarlock, Tennessee, the scandal surrounding the birth of Wheat Grass destroys the marriage and family unit built by Paul and Mildred Grass. Wheat’s fair skin and green eyes cause a rift that leads to the death of her mother. Paul steps up and takes in his wife’s illegitimate child to raise with his daughter, Olive, in his hometown. But Wheat’s exotic look draws unnecessary attention that Paul cannot single handily fight off in the racist South which eventually leads to his demise.

After the death of both of her parents, Olive blames her baby sister for ruining her life and she eventually finds herself running from color and settling in Chicago; leaving their grandmother, Deary, to raise Wheat alone. But when Wheat’s existence once more causes tension in the small community of Sugarlock, Wheat must run from color herself and the only place of safety she can find is in Chicago with her estranged sister.

Once there, Wheat faces much opposition from her sister but Olive begrudgingly takes her in. In Chicago, Wheat learns that Olive hates her for circumstances she could never control and that Olive herself has succumbed to society’s color line while living in Chicago. Will these sisters put aside their physical differences to tackle the hurt caused by their past and the danger that lies ahead? Or will they run from color once more?

Running from Color tells an unapologetic story about what it means to be on opposing shades of the chocolate rainbow; a story that belongs to many but has been silenced in the African American community for years.

‘Running from Color’ is the latest book by American author Nija Morenike’ Matory. We join the story in 1922, just after Wheat’s birth in Sugarlock, Tennessee. After losing her mother in tragic circumstances, we watch Wheat growing up in a small rural town where prejudice and bigotry are rife and equality non-existent.

The novel is written in the third person, mainly from the viewpoint of Wheat.  The dialogue is delivered in colloquial dialect which adds to the vivid picture Morenike’ creates in the minds of her readers. There are some colourful descriptive scenes which work perfectly as a backdrop for the story to develop.

The author has built her characters well. It is testimony to her skill that I was deeply moved by Paul’s death, even though it was foreshadowed by preceding events.

I’m not a fan of head-hopping in the same scene because the intended impact can be lessened if we share the thoughts of more than one person at a time. Whilst there were a few instances of this, they didn’t detract significantly from the flow of the tale.

As the chapters unfold, we witness all manner of injustice, repression and cruelty. I was particularly shocked when Wheat suffers at the hands of a member of her own family in a barbaric custom which seemed to be accepted as part of the passage from child to adult by her cousins.  As a counter-balance to this, we see the loving bond between Wheat and Deary, along with the compassionate altruism of Eli Taylor and Sheriff Evans. Sadly they are powerless to protect Wheat properly as their hands are tied by the community in which they live.

Once we’re in Chicago, the story evolves and whilst the colour issue is still an underlying theme, we see the plot expanding and diversifying to incorporate hope, ambition and empowerment. I was pleased that the story had a positive ending because I cared about the Wheat and her sister, Olive but somehow, it lost a little of the hard-hitting punchiness of the early chapters.

I appreciated the historical framework which incorporated references to the notorious KKK, Roosevelt’s New Deal and the depression, as these all help anchor the tale in time and place.

By and large, this was a jolly good read.  If you are interested in American social history and enjoy an absorbing mix of optimism versus adversity, then this book is for you. I found the subject matter intriguing and I commend the author for tackling a sensitive and emotive issue. I award ‘Running from Color’ four-and-a-half stars.

Morenikè is a native of Jackson, Mississippi. She attended Provine High School and graduated from Jackson State University with a Bachelor’s in English. A graduate school dropout, Nija decided to focus on her writing and produced her first short film, “Shoe-icide,” in 2011 while simultaneously releasing her debut and sophomore novel, “Taste of Insanity” and “SHHH,” respectively.

Morenikè has been writing short stories and poems since she was a young girl in elementary school. Her passion for reading and writing stemmed from her early introduction to reading from her parents. She states that, “Reading was very important in my home, my parents’ relationship started from the discussion of a book, reading created my family.”

Her goals are to one day become a world-renowned novelist, focusing on African American fiction, poems, short stories, film, and tv shows that reflect the African American community. Nija currently resides in Dallas, TX and is working on a fourth novel and a screenplay.