A Secret Worth Killing For by Simon Berthon – Book Review

A Secret Worth Killing For by Simon Berthon – Book Review 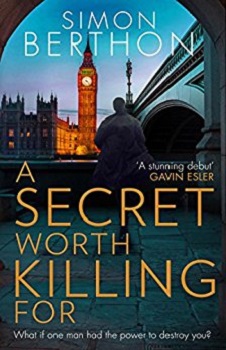 A Secret Worth Killing For

Somebody knows where the bodies are buried…

Newly-appointed Minister of State Anne-Marie Gallagher appears to have an unblemished record. Only she knows the truth. In the early 1990s, she was embroiled in the IRA’s violent past, and integral to a mission which went disastrously wrong.

So far, skeletons have remained in their closets. But, unknown to Anne-Marie, DCI Jon Carne has just received an anonymous tip-off. The co-ordinates lead Carne to a body – badly decomposed after twenty-five years underground.

When news of the discovery reaches Westminster, Anne-Marie knows that she is at risk of being exposed. And with Carne closing in, there’s not much time for the new minister to decide how far she’ll go to keep her past where it belongs…

1991 Dublin, eighteen-year-old Maire Anne McCartney is persuaded by her boyfriend Joseph Kennedy who is involved with the IRA, to help snare a British Special Branch employee taking him from a bar and to a flat. Joseph tells her that they just want to interrogate him and run him out of Ireland. However, when the man turns up dead, Maire’s DNA is found at the scene and she is hauled into the police station for questioning.

No charges were ever brought against her, in fact, the whole case is dropped and her file wiped completely clean, though her brother Martin, an IRA commander, tells her she must leave the family home and stay with another family whilst she gets her degree. He warns her ‘no friends, socialising, nor boyfriends for the three years, then to get off the island’.

1993, Maire is still at university and meets David Vallely, another student. The two hit it off and she can no longer adhere to her brother’s warnings. Not long into the relationship David goes missing. At the same time so do the top four IRA commanders, including her brother.

26 years later and Maire is now Anne-Maire Gallagher newly elected as an MP. Not long into her new role as Minister for State Security and Immigration an unwelcome face makes a re-appearance. Joseph has returned and he wants to talk, there has also been a body discovered after a tip-off.

A Secret Worth Killing For is a book that hooked me right from the beginning. I’m not normally one for books moving back and forth in time, but this one was done so flawlessly that it didn’t interfere with the flow of the plot, and was actually needed to make the story plausible.

The book is set in Ireland and the troubles between the IRA and the British Forces. There are lots of twists and turns which straighten out as the book progresses and you start to understand what went on in those troubled times, especially between 1991 and 1994.

The whole concept is interesting and believable, just like the characters. This is a political thriller worth investing in.

Simon Berthon has spent much of his working life delving into the secrets of state. He is an award winning and highly acclaimed investigative film-maker whose scoops include a number of stories set in Ireland. 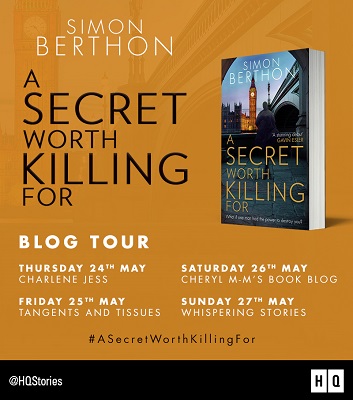