Shades of Light and Darkness by Julia Rohatyn – Book Review

Shades of Light and Darkness by Julia Rohatyn – Book Review 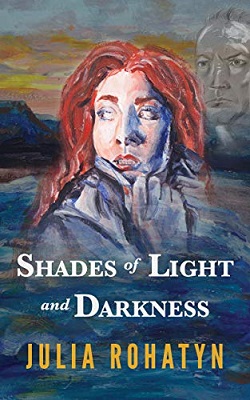 Betsy, Margot, and Obeid were survivors. Until now.

Betsy, a neophyte private investigator, wants to get her client out of jail. Then, she and Pete her new husband, a Boston police detective, can finish their honeymoon in Israel. Combining touring and sleuthing, they don’t expect to find themselves on a killer’s hit list.

Margot, a diplomat, wants to stay alive long enough to find the terrorist she has been sent to identify. Afraid to be alone, she links up with the young American couple, but while she searches for Obeid, he is tracking her.

Obeid is weighed down by too many threats to eliminate before he can carry out his next contract of malevolent destruction.

The three tales intersect in an explosive culmination.

Shades of Light and Darkness is the second book in the Betsy Connolly Mysteries series by author Julia Rohatyn. I haven’t read the first in the series and didn’t realise that this was the second in a series until I came to write my review.

The plot is set in Israel and the opening chapter starts in Jerusalem. It is written in the first person from Betsy’s point of view. Private Investigator Betsy, who recently married Police Detective Peter has decided to combine their honeymoon with work. What could be better for this pair than combining their careers with their holiday!

The settings throughout are well described and easy to imagine, so too are the characters Betsy, Peter, and hotel manager Jessica, who were enjoyable to read about and realistic.

The story begins well and the opening chapters had me very intrigued and made me want to read more. However, as the book progressed I sadly found the plot hard to follow and it felt disjointed at times leaving me wondering which character the author was talking about sometimes.

I also found it hard to get to know the character Margot, who is a diplomat. She was working undercover, yet this wasn’t her normal job, her story became somewhat confusing as to what she was trying to do which left her feeling very unrealistic to me.

Sadly this mystery wasn’t for me. It could be that I needed to read book one first and that this book doesn’t really work as a standalone, or simply that this is a case of a book not being right for the reader. I’ll never know.

Julia Rohatyn is the pen name of Rachael Goldberg, chosen to honer the memory of my parents. My mother was Julia, although only to close friends and family, and my father grew up in Rohatyn in the Polish Ukraine. They were the ones who filled my life with books and the love of reading.

After getting graduate degrees from Radcliffe and Boston University, I worked as a psychologist with children until moving to Israel where, totally unplanned, I became a hotelier, eventually becoming a hotel manager. That is when I began to write mysteries based on the real, strange, unexpected things that happen in hotels, usually behind the scenes.

Recently, I was elected to a public position and there, too, I found inspiration for more murder mystery stories.

What did you think of Shades of Light and Darkness? Share your thoughts in the comment section below!