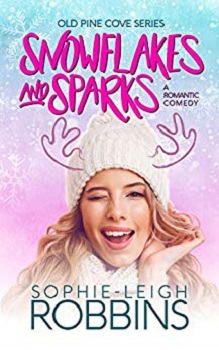 The best fake snow decorations in L.A.? Done by Suzie.

About to get a promotion? Also Suzie.

Sent to a sleepy small town right before Christmas to save a bookstore? Unfortunately, Suzie again.

Old Pine Cove is the one place on earth Suzie swore she’d never return to, but then her boss asks her to manage one of their bookstores there. Since it’s only temporary, she agrees. Besides, what could possibly go wrong?

Gosh, how naïve of her.

Alex Denverton opening the door with that smoldering look of his, that’s what could go wrong. It’s been ten years since she broke his car and his heart. How is she supposed to focus on work knowing he’s right next door? And why did she even agree to organize the annual Winter Walk with him?

One thing is certain, though. If Suzie wants to have a magical Christmas, she can’t ask Santa to make it happen. It’s up to her to decide: go big or go home.

Suzie works for Got it Covered book store in L.A. She adores working there, especially as the manager will soon be retiring and she has been informed that she is next in line to take over. When the manager of the store in Old Pine Cove, Wisconsin tragically dies in an accident the company needs a replacement and fast and so Suzie is offered the role, temporarily.

Suzie doesn’t really want to go as she has a history with the town, an accident that caused the villagers of Old Pine Cove to turn against her and she hasn’t stepped foot in the place in ten years, but she also knows that helping out the company could help make sure she gets the manager position in L.A.

Suzie hopes that the residents won’t recognise her and that Alex Denverton, the gorgeous hunk she had a crush on and left behind all those years ago has moved on. Unfortunately, luck isn’t on her side. The residents remember her very well and Alex just happens to be her new neighbour. At least she won’t be in Old Pine Cove long, right?

If you love those cheesy, Christmas movies that pop up each year on Sky TV then you will love this book. Snowflakes and Sparks is an entertaining, festive read that I enjoyed far more than I thought I was going to. I’m not a big lover of the whole will they won’t they plot normally but this one held my attention throughout and Old Pine Cove is such a beautiful place and Ms. Robbin’s descriptive skills brought the town to life.

Suzie had more going for her than I was expecting, although she did like to jump to a lot of conclusions very quickly without much evidence. Alex is such a sweet-heart. Tall, handsome, charismatic and well-loved by everyone.

The plot was enjoyable, even if I’d worked big chunks of it out within a few chapters, I was still eager to see if I was right and how it played out.

If you are after a book to get you in the festive spirit then this certainly will. It has lashings of hot chocolate, plenty of snow and everyone is Christmas Mad.

Sophie-Leigh Robbins writes feel-good Romantic Comedies. She grew up reading every book she could get her hands on, especially The Baby-Sitters Club. By the time she was 10 years old, she was having loads of fun writing her own stories.

At 23, she became a freelance writer for corporations, magazines and television. Sophie now works as a full-time author and narrative game designer. 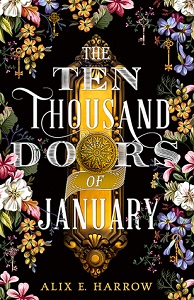