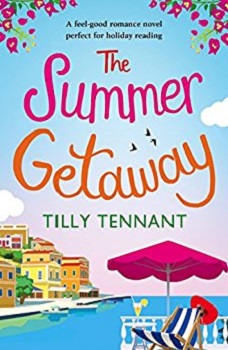 Ashley Moon is all set for a dream holiday with her daughter in the glittering French Riviera. But nothing can prepare her for the shock of discovering who’s staying in the villa next door…

Ashley Moon got much more than a suntan on her first ever foreign holiday; one whirlwind romance and nine months later she had a daughter, Molly.

Too heartbroken and proud to ever contact the father, Ashley made a decision to go it alone and raise her daughter herself. Fifteen hard and lonely years later, she finally has the chance to take Molly on her first ever holiday; a gorgeous, all-expenses-paid trip to the charming French resort of St. Raphael.

It is the perfect setting for a week of quality time together; they plan to cycle through the sun-drenched vineyards, lounge by the glistening pool and practise their French on friendly locals. And just when Ashley thought things couldn’t get any better, comes the news of a handsome new occupant in the villa next door.

But fate has other plans for Ashley. One look into her neighbour’s dark hazel eyes is all it takes to give her the shock of her life. Standing in front of her is Haydon, Molly’s long-lost father and the holiday fling she thought she’d never see again.

As the temperature on the Cote D’Azure steadily rises and Ashley and Haydon begin to spend more and more time together, will Ashley find the courage to tell him who she is – and more importantly, who Molly is?

Sixteen-years-ago Ashley Moon had a one night stand whilst on a girls holiday in Ibiza. The guy left early to catch his flight home leaving just his phone number, which turned out to be bogus. All Ashley knew of this lad was that he was called Haydon, oh and that he was the father to her daughter Molly who was the result of that one night stand.

Present day and single mum Ashley has been persuaded by her Mum and Step-Father Maurice to travel with them to the South of France to a little place called Saint-Raphael, for one of Maurice’s relatives 100th birthday.

Haydon is now a successful music teacher and divorced father to Elle aged fourteen. Ella’s Mum and Step-Father are planning on moving to live in London and Haydon is not happy. After being offered the chance of a cheap holiday from one of the parents of a boy he tutors, Haydon decides to take his daughter and have some father-daughter time in the South of France.

After sixteen years apart Ashley and Haydon end up holidaying in villas next-door to each other. But will Ashley have the heart to tell Haydon who she really is and more importantly that Molly is his daughter?

I have read a lot of Tilly Tennant’s books so when I heard she had another book out I jumped at the chance to read it. Her books have always had great settings to them and this was no different. Saint-Raphael sounds like a gorgeous part of the world. Old style villas surrounded by wildflowers and wall to wall blue sky above.

For me, the first half of the book was where the magic happened. Getting to know the characters and enjoying spending time with them individually. Once they met it became a waiting game to see how long it would be before Ashley told Haydon that Molly was his daughter. If I’m perfectly honest I feel that this was strung out a little bit. I could feel myself tensing up every time Ashley had the chance but never took it.

The characters were all unique and far from perfect, whilst they were a joy to spend my time with they were also quite annoying at times. Ashley moaned too much and was so pig-headed. Haydon thought the sun shone out of his daughter’s back-side and everything was always someone else’s fault and don’t get me started on Ashley’s mother.

That’s the beauty of books though, getting emotionally involved with them. Yes, the characters were annoying at times, but so are people in everyday life, which to me showed how realistic Tilly Tennant has written her plot.

This is a lovely summery read that would be perfect to settle down on your sun-lounger with and enjoy spending your time in the most glorious place. 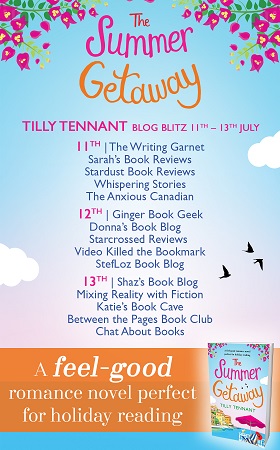