Sponsored Post. Today we welcome author Inger Brown with her promotional post for her children’s book series ‘The Bobbling‘. There are currently three books in the series with more to follow.

Inger Brown was born in Cornwall and grew up in Somerset. She created The Bobbling whilst at art college for which she achieved a distinction for the first story. After finishing art college Inger took a detour and studied jewellery making and lampworking which is making glass beads, she did this for several years and then returned to her first love of illustration.

Initially starting off with studies of fantasy creatures, manga and Chinese brush painting developing her own style, she started experimenting with a dragon character and self-published her first book “Dragon’s don’t”. After advice from a publisher encouraging her Inger decided to return to The Bobbling and wrote new stories for the character.

In July 2017 “The Bobbling and the Flood” was published and he was launched as a character for children. The book has been nominated for The International Rubery Award and has gained many positive reviews!

In common with most authors and illustrators nowadays Inger has decided to self-publish and release more Bobbling stories in both printed. 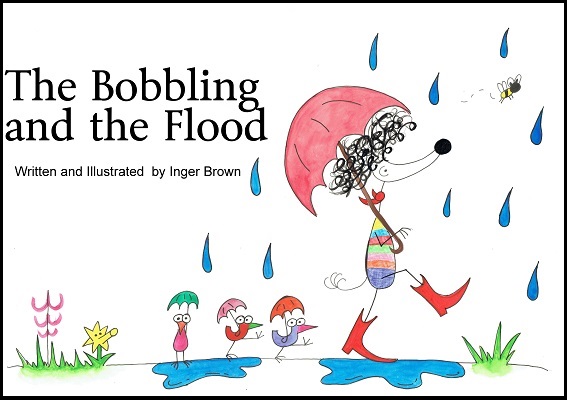 As far as Bobbling could see, the water stretched over the ground. Bobbling decided something had to be done, so he set off in his umbrella to search… … he was searching for the plug hole. 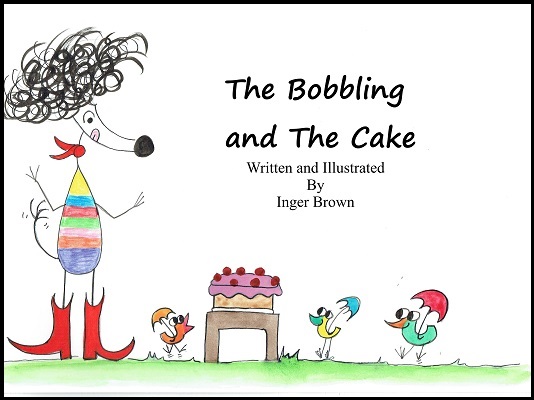 The Bobbling’s birthday cake disappears before his party what will he do? Another Bobbling Poodle Doodle story and his journey on learning about forgiveness.

Bobbling Poodle Doodle is on another adventure, this time he is off in his spaceship to discover a new planet. He meets Bulblet a space poodle! 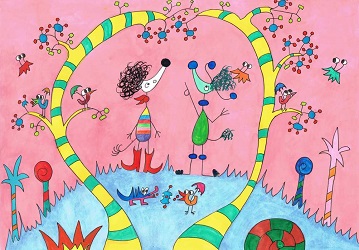 Praise for the Bobbling Series

– The strength of this book is the imaginative illustrations and the little details on every page. – Rubery Award (5 Stars)