The Lives Before Us by Juliet Conlin – Book Review

The Lives Before Us by Juliet Conlin – Book Review 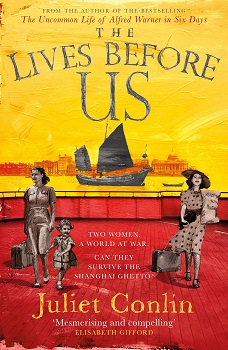 The Lives Before Us

It’s April 1939 and, with their lives in Berlin and Vienna under threat, Esther and Kitty – two very different women – are forced to make the same brutal choice. Flee Europe, or face the ghetto, incarceration, death.

Shanghai, they’ve heard, Shanghai is a haven – and so they secure passage to the other side of the world. What they find is a city of extremes – wealth, poverty, decadence and disease – and of deep political instability. Kitty has been lured there with promises of luxury, love, marriage – but when her Russian fiancé reveals his hand she’s left to scratch a vulnerable living in Shanghai’s nightclubs and dark corners. Meanwhile, Esther and her little girl take shelter in a house of widows until the protection of Aaron, Esther’s hot-headed former lover, offers new hope of survival.

Then the Japanese military enters the fray and violence mounts. As Kitty’s dreams of escape are dashed, and Esther’s relationship becomes tainted, the two women are thrown together in the city’s most desperate times. Together they must fight for a future for the lives that will follow theirs.

April 1939 German widower Esther Niermann and her little daughter Anneliese and Austrian Kitty Blume are both Jewish and fleeing their respective countries before the war breaks out. They know of what Hitler and his men will do to the Jewish people.

They meet on board a ship heading from Genoa to Shanghai, China when they are both given the same cabin to share for the eight-week journey. The crossing is rough and sickly but the two women become firm friends. Once they dock the pair are separated and whilst Esther and Anneliese go to the Jewish refugee compound set, Kitty is supposed to be starting a new life with her fiancé, Vitali, who is waiting for her but not everything goes according to plan. She is given the help of a young Chinese servant boy called Wing (Yi) who is to look after her.

The book follows their lives over the coming years, up until the end of the war. They might have thought that Shanghai was the answer to their prayers but they didn’t count on the Japanese and the hardship that was to follow.

The book is told in alternating chapters, at first between Esther and Kitty and once they are in Shanghai, Wing is an additional added character. Their stories are written in the third person and via short chapters.

Each of the characters including little Anneliese had their own personalities and their hardship and toughness of living through the war really came across strong. The two women were both very strong women. Esther has had to leave her loving family behind. Her parents paid for her and their granddaughter to get out of Germany and to hopefully make something of their lives. She is holding a lot of guilt regarding the death of her husband and now the only family she has is her daughter and she will fight tooth and nail for her.

Kitty reminded me of the women you see in 1920’s movies, those who are dressed up to the nines and drink cocktails and have men falling at their feet. She hasn’t had anything to do with her family in many years as her father was a monster who was partly responsible for the death of her sister. She’s a woman who puts on a brave face and gets on with things, even when she is scared inside.

Wing (Yi) is a young boy cared for by his grandmother, his parents are dead. He wants to make enough money to give his grandmother a home that they can share together.

This is a story that is so poignant, heartwarming, and touching. It really moved me listening to the characters stories. The vivid descriptions are so well crafted that you will be able to perfectly visualise what is happening, including all the barbaric and distressing events. The book also educated me. I remember a lot about what I learned about the Second World War but I’d never heard of Jewish people seeking refuge in China or the ghettos.

This is a book that will stay with me for a long time. Ms. Conlin genuinely has a way with words and makes you feel every emotion that her characters are going through. It might only be April but this is certainly a contender for book of the year. Oh and that final chapter was genius.

Juliet Conlin was born in London and grew up in England and Germany. She holds an MA in Creative Writing from Lancaster University and a PhD in Psychology from the University of Durham. She works as a writer and translator and lives with her husband and four children in Berlin. 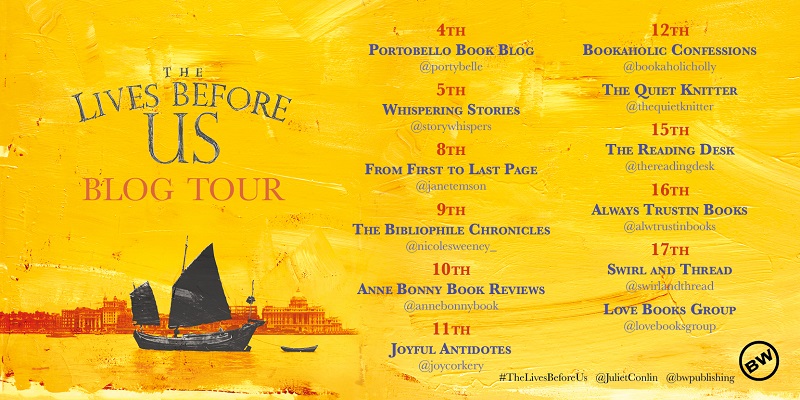