The Morning After Memoirs by Kate Michaels – Book Review

The Morning After Memoirs by Kate Michaels – Book Review 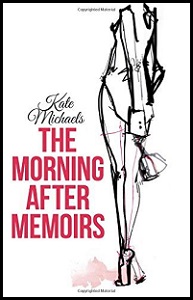 Twenty-nine-year-old Jess wakes up on New Year’s Day a touch hungover and a whole lot confused. The man in bed next to her is not her boyfriend, Ben. In fact, she doesn’t even remember Not-Ben’s name.

It won’t be the first time she finds herself in a questionable situation in a year that proves her new single-in-the-city lifestyle is far from the glamorous, Sex And The City world she’s been promised on TV.

Between hacking through last year’s leg hair, accidentally snogging someone who may well be her cousin, getting hit over the head with a sex toy that isn’t even hers, and ending the night with a walk of shame into her parent’s garage, Jess’s single life is turning out more cockroaches than cocktails.

Jess makes a stupid drunken mistake that results in her ending up single. This leads to a year-long disastrous (and sometimes funny) challenge to find love again.

I had to persevere with the story as I just couldn’t warm to Jess. She seemed obsessed with getting drunk and finding a man and would, more often than not, sleep with a man the minute she found one. It wasn’t really a story about finding love. It just seemed like a constant inebriated sex hunt, with no real storyline to it.

Jess became a little more likeable as the story progressed, but it was the supporting characters that I enjoyed reading about. Jess’ parents caused a few laugh out loud moments.

I was guessing that Jess would find love with a particular character (I won’t say who) but when I got to the end I was surprised. The ending, if you can call it that, didn’t feel right as it seemed the author had just thrown Jess into yet another one night stand, albeit with someone briefly from her past.

Another reason I was disappointed with the book was because I found the dialogue strange. It wasn’t set out with new lines for each character’s speech like most books are – it was all in the same paragraph. At times this was confusing as I found myself rereading sections to understand who was talking. I was quite a long way into the book before I got used to it.

I’m usually a fan of chick-lit and like a good giggle along the way but unfortunately this book just didn’t do it for me.

All in all, this chick-lit story was easy to read, non-taxing, and would be an ideal book for someone in their twenties to take on holiday to read on the plane or at the beach. I’m guessing if you’re a fan of Sex and the City, then you’ll probably like this. 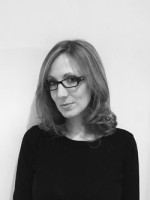 Kate Michaels was born in Birmingham. After studying English, drama and film, she moved to London where she currently lives with her boyfriend and two cats.

As a journalist and copywriter she writes about everything from bars and theatre to luxury property. "The Morning After Memoirs" is Kate’s debut novel.